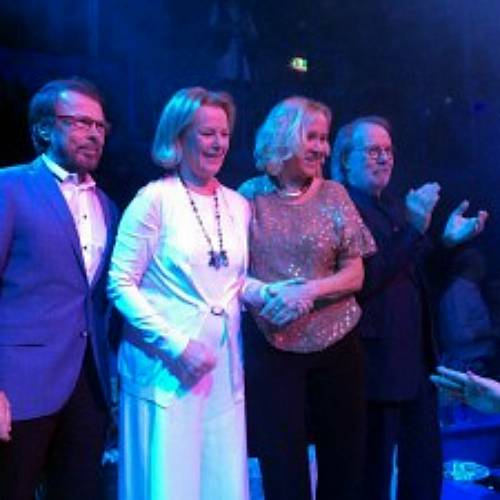 Source: music-news.com
ABBA reunite in London to film for their 2022 hologram tour.
Bjorn Ulvaeus, Benny Andersson, Agnetha Faltskog and Frida Lyndstad reportedly reunited at Ealing Studios to resume working on their avatar show after facing technical delays and then the coronavirus pandemic halting their plans.
The ‘Dancing Queen’ hit makers are now looking to 2022 to launch the tour as part of their 50th anniversary.
An insider told The Sun newspaper’s Bizarre column: “ABBA have kept everything about their reunion shrouded in mystery but this has really been a long time coming.
“They announced the tour in 2016 and although it’s been a slog to get to this point, it is now full steam ahead and the show is taking shape.
“Agnetha, Bjorn, Benny and Frida have all recorded bits and pieces and they have enjoyed taking a trip down memory lane with it all.
“They are all getting a nice check out of it, so it will be worthwhile, but they’ve got more than enough money from their music, so it’s not about that.
“All four of them just wanted to give back to their fans, so they have done everything in their power to fly into London for the filming, despite the travel restrictions.”
The Swedish legends have recorded five new songs – including ‘I Still Have Faith In You’ and’ Don’t Shut Me Down’ – for the tour, their first new material in almost four decades.
Bjorn gave an update on the tour and new music to journalist Geoff Lloyd recently.
He said in July: “I got to spend an hour with Bjorn Ulveaus from ABBA via Zoom. They’ve recorded five new songs. They should have been out at the end of last year. They’re going to get these holograms out on tour. Because of technical difficulties and the pandemic, it’s delayed things. But he promised me that the new ABBA music will be out in 2021.”
In a statement announcing the new songs, ABBA said at the time: “The decision to go ahead with the exciting ABBA avatar tour project had an unexpected consequence. We all four felt that, after some 35 years, it could be fun to join forces again and go into the recording studio.”
Bjorn later explained the plans had been postponed due to the complex technical nature of the show they are creating.
The ‘Waterloo group went their separate ways in 1982 at the height of their career.
They performed together for the first time in decades in 2016 at a private event, which marked the 50th anniversary of the first meeting between songwriters Bjorn and Benny.

Source: (CNN) Pamela Hutchinson, famed R&B singer with family group "The Emotions," has died at the age of 61, according to a post on the band's official Facebook page Sunday. "Pam succumbed to health challenges that she'd been battling for several years," the post read. "Now our beautiful sister will sing amongst the angels in heaven in perfect peace." Hutchinson died on Friday, the post said, while asking fans and friends to respect the family's privacy. "We appreciate all kind […]