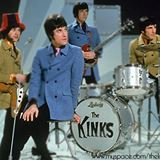 Source: music-news.com
Sir Ray Davies almost killed by a World War II bomb when at just two days old.
The Kinks legend, 76, has only recently been made aware of the near-fatal experience by his older sister, Gwen, who told him and two of his four daughters about the bombing over a recent family Zoom call.
Without his sibling moving him, the ‘You Really Got Me’ hit maker wouldn’t be here today to tell the story.
Ray said: “I was on Zoom with my family, a couple of my daughters and their kids.
“My sister Gwen was on it too and she told this story.
“When I was two days old – she would have been about five or six – she suddenly decided to pick me up and take me out of the kitchen where my cot was. And she heard a V-2 bomb come over.
“The V-2 landed just up the road from Fortis Green and all the glass in the kitchen, where I’d been lying, was shattered all over the room and I would have been killed. Talk about being intuitive…”
Ray – who was knighted in 2017 for his services to the arts – admitted that the one good thing to come out of Hilter’s attempt to destroy London was that he “unwittingly gave us kids somewhere to play” on the bomb sites.
He added to MOJO magazine: “No. It must have been one of the last V-2s because I was born in 1944. Hitler’s last attempt to destroy London.
“We used to play on the bomb site, though. He unwittingly gave us kids somewhere to play.”
Meanwhile, despite talks of The Kinks reuniting for a new album, Ray’s 73-year-old brother and band mate, Dave Davies – who he feuded with for years – previously insisted they still need to “iron out a few” kinks before working together again.
The singer went on a national news channel two years ago to announce that they had been back in the studio for the first time in 25 years, but Dave admitted it wasn’t entirely true as they’d only discussed the prospect and need to argue out their creative differences first.
He spilled: “I thought, ‘What is Ray bulls***ing about now?'”
However, he added: “We’ve been talking about maybe trying to work on new Kinks material.
“I said, ‘We shouldn’t go public yet because we’ve got to iron out a few things.’
“He said, ‘Yeah.’ Of course, he left and the next thing he’s on TV saying we’re doing it. Typical Ray.”

Source: music-news.com ABBA reunite in London to film for their 2022 hologram tour. Bjorn Ulvaeus, Benny Andersson, Agnetha Faltskog and Frida Lyndstad reportedly reunited at Ealing Studios to resume working on their avatar show after facing technical delays and then the coronavirus pandemic halting their plans. The 'Dancing Queen' hit makers are now looking to 2022 to launch the tour as part of their 50th anniversary. An insider told The Sun newspaper's Bizarre column: “ABBA have kept everything about their […]