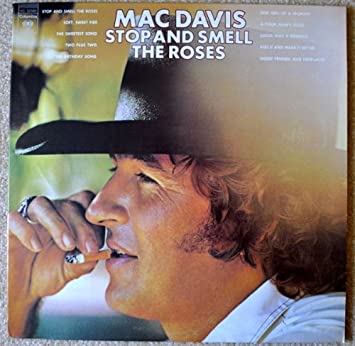 Hear Mac Davis on “The Lost 45s.”
Singer/songwriter/actor Mac Davis has died at 78 from complications following heart surgery in Nashville, according to a statement issued by manager Jim Morey.
Born and raised in Lubbock, Texas, Davis wrote “In The Ghetto” and other classic songs for Elvis Presley before becoming a multi-talented star in his own right. His string of songs with Presley began in 1968 with “A Little Less Conversation,” followed by “Memories,” “In The Ghetto” and “Don’t Cry, Daddy.”
In “Ghetto,” Davis said he wanted to write about a “vicious circle,” and “parts of urban areas where poor people were living and couldn’t get out. They were stuck there, and everybody took off to the suburbs.”
“I grew up with a little kid whose daddy worked with my daddy, and he was a Black kid,” Davis said in a 2014 interview for The Tennessean’s “Story Behind The Song.”
“…I remember him being one of my best buddies. But he lived in a (bad) part of town, and I couldn’t figure out why they had to live where they lived, and we got to live where we lived.”
Following those and big cuts with other stars — including the Bobby Goldsboro hit “Watching Scotty Grow” — Davis found his own success as a recording artist with the 1972 chart-topper “Baby Don’t Get Hooked On Me” and the easy listening No. 1 “Stop And Smell The Roses” in 1974.
The latter year was a pivotal one for Davis, as he was named the Academy of Country Music’s Entertainer of the Year, and began hosting his own variety show on NBC. “The Mac Davis Show” ran for two seasons, and Davis continued to star in Christmas specials on a near-annual basis through 1983.
Davis made his film debut in 1979, starring alongside Nick Nolte in the comedy “North Dallas Forty.” It was a modest hit, but his next two vehicles, “Cheaper To Keep Her” and “The Sting II,” didn’t fare well at the box office.
He has continued to take small roles in television and film, making appearances on “That ’70s Show,” “King of the Hill,” “8 Simple Rules” and Dolly Parton’s 2019 “Heartstrings” Netflix series.
In the 1980s, Davis the musician began finding more success in the country format, with hits including “It’s Hard to Be Humble,” “Hooked On Music” and “I Never Made Love (Till I Made It with You),” which became his final Top 10 hit in 1985.
But as a songwriter, he continued to enter new arenas well into the 21st century. A 2002 remix of “A Little Less Conversation” by Junkie XL became a global smash, as well as Presley’s 31st No. 1 hit.
Davis later became a unlikely collaborator with Swedish DJ and producer Avicii, co-writing the 2013 dance-pop hit “Addicted To You,” and even lending his vocals to an unreleased track, “Black and Blue.”
“He comes from an era that really doesn’t exist anymore, especially in lyrics,” Aviici told Rolling Stone in 2013.
“It’s so amazing the place he took (‘Addicted’). I just met him and he played it on guitar, a song he had from before, and then we switched it around a hundred percent. But we kept like the vibe of his lyrics. It sounds like a classic.”
Millions of Americans saw Davis back on television last year for NBC’s “Elvis All-Star Tribute,” performing “Memories” to celebrate the 50th anniversary of Presley’s 1968 “comeback” special.

Hear Helen Reddy on "The Lost 45s." Source: The Guardian Superstar Australian singer and trailblazing feminist icon Helen Reddy dies aged 78 in Los Angeles after battling dementia... just months after her I Am Woman biopic was released. Australian singer Helen Reddy has died aged 78. Reddy, best known for her empowering anthem I Am Woman, died in Los Angeles on Tuesday afternoon, five years after she was diagnosed with dementia. The Melbourne-born songstress and trailblazing feminist activist, whose life […]