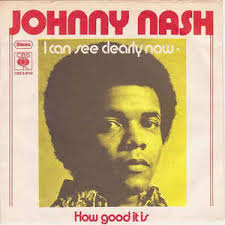 ‘I Can See Clearly Now’ Singer Johnny Nash Dies at 80
The singer-songwriter died Tuesday at his home in Houston, Texas. He was 80.
The singer-songwriter, who was perhaps best known for the 1972 track “I Can See Clearly Now,” died Tuesday at his home in Houston, Texas, his son told CBS Los Angeles. The singer-songwriter’s cause of death was not immediately made public.
“I Can See Clearly Now” was a chart-topper, reaching No. 1 on the Billboard Hot 100 and selling more than 1 million copies. He followed it up with another smash, “Stir it Up.” Nash also has a #1 in the UK in 1975, “Tears on my Pillow.”
Born in Houston in 1940, Nash began his music career singing pop music in the ’50s as a teenager, debuting the track “A Teenager Sings the Blues” in 1957. The following year saw his chart debut with a cover of “A Very Special Love” by Doris Day.
Nash created the the JAD label with Danny Sims in 1965, and would go on to sign Bob Marley, Bunny Wailer and Peter Tosh after traveling to Jamaica in 1968, according to Nash’s website.
Many fans on Twitter mourned Nash’s death, taking note that the sad news came on the same day as the death of Eddie Van Halen at 65.
“2020 sucks. First EVH now Johnny Nash. RIP Gentlemen, thank you for your gift of music to the world,” one fan wrote on Twitter, while another added, “EVH and now Johnny Nash?? Can we get a do-over on 2020?”
Nash is reportedly survived by his wife Carli and son Johnny.

Hear Mac Davis on "The Lost 45s." Singer/songwriter/actor Mac Davis has died at 78 from complications following heart surgery in Nashville, according to a statement issued by manager Jim Morey. Born and raised in Lubbock, Texas, Davis wrote "In The Ghetto" and other classic songs for Elvis Presley before becoming a multi-talented star in his own right. His string of songs with Presley began in 1968 with "A Little Less Conversation," followed by "Memories," "In The Ghetto" and "Don't Cry, […]