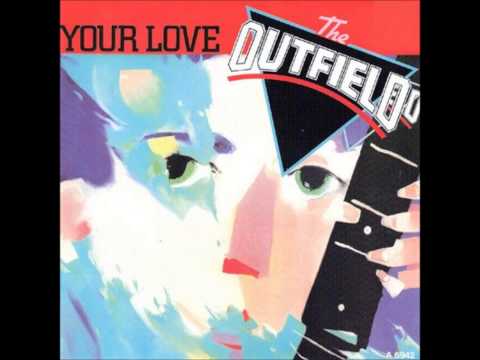 Hear Tony Lewis on “The Lost 45s.”
Tony Lewis — best known as the “Your Love” singer for the British rock band The Outfield — has died at 62.
Tony reportedly died Tuesday near his home in London. The cause of death was not revealed. The musician, songwriter and record producer co-founded The Outfield with Alan Jackman and John Spinks. Their music roared in the 1980s with hit tracks like “Your Love,” “All The Love” and “Say It Isn’t So.”
“It is with great sadness and sorrow to announce that Tony Lewis has unexpectedly passed away. He was a beautiful soul who touched so many lives with his love, his spirit, and his music,” a statement on Lewis’ website read. “He loved his fans dearly and enjoyed every opportunity he had when meeting all of you. Please respect the family’s privacy during this difficult time,” it concluded.
The Outfield’s debut album was “Play Deep” in 1985 … which would go on to reach triple platinum sales and break the top 10 in the U.S. album charts. “Your Love” — prominently featured in tons of TV shows, films and even commercials — peaked at No. 6 on the Billboard Hot 100 in 1986. It’s easily one of the most recognizable songs in rock history. (“Josie’s on a vacation far away…”)
Since its release over 30 years ago … “Your Love” is played on over 1,000 radio stations and averages 2 million streams on Pandora, 1 million views on YouTube and 1 million streams on Spotify, this according to the late singer’s personal website.
Tony Lewis was born on December 21, 1957 in the East End of London. He had been working on a new EP … set to be released in Spring 2021. He’s survived by his wife of 35 years, Carol, his 2 daughters — Gemma and Rosie — and 3 grandchildren.
He was 62.

(CNN) Singer Christopher Cross is opening up about how the coronavirus nearly cost him his life. In an interview set to air this weekend on "CBS Sunday Morning," the 69-year-old said he said he had some "come-to-Jesus moments" after he and his girlfriend contracted the disease. According to Cross they both tested positive after returning from a trip to Mexico City. While the pair were sick for about three weeks, he said he felt well enough to go grocery shopping […]