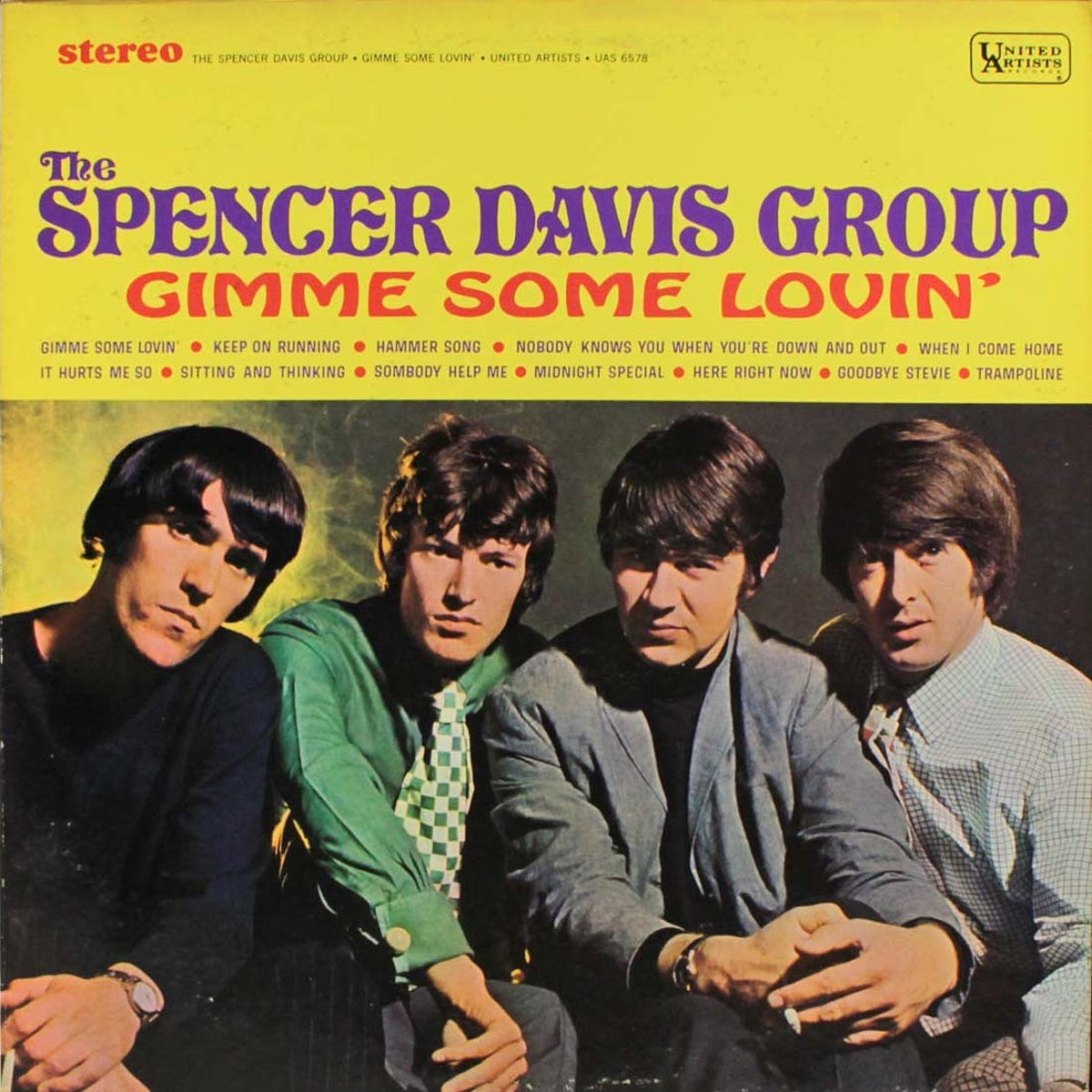 Hear Spencer Davis on “The Lost 45s.”
Source: BBC
Spencer Davis, one of the key figures of the 1960s beat scene, has died at the age of 81.
The Welsh guitarist was the driving force behind The Spencer Davis Group, who scored transatlantic hits with Gimme Some Lovin’, Keep On Running and Somebody Help Me.
The band, which also featured a teenage Stevie Winwood, toured with The Who and The Rolling Stones in the 60s.
Davis died in hospital on Monday, while being treated for pneumonia, his agent told the BBC.
“He was a very good friend,” said Bob Birk, who had worked with the musician for more than 30 years.
“He was a highly ethical, very talented, good-hearted, extremely intelligent, generous man. He will be missed.”
The son of a paratrooper, Davis was born in Swansea in 1939 and first started learning harmonica and the accordion at the age of six.
He moved to London to work for the civil service at the age of 16, but later relocated to Birmingham, where he taught German by day, and played in local clubs at night.
Inspired by blues and skiffle, he formed a band called The Saints with Bill Wyman, later a member of the Rolling Stones; and performed folk music with Christine Perfect – who, as Christine McVie, became a core member of Fleetwood Mac’s classic line-up.
But it was with his eponymous rock group that he struck gold. Formed in 1963, The Spencer Davis Group featured Davis on guitar, a teenage Stevie Winwood on organ and vocals, his brother Muff on bass and Peter York on drums.
Originally called The Rhythm & Blues Quartette, they changed their name in 1964 when Muff pointed out that Davis was the only one who enjoyed doing interviews – the logic being that the rest of the band could slope off to the pub while he handled the press.
Their breakout hit, Keep On Running, was a cover of a song by West Indian performer Jackie Edwards.
When it topped the UK charts in 1966, it knocked the double A-sided Beatles single We Can Work It Out/Day Tripper from the top slot – and Davis received a telegram from the band congratulating him on the achievement.
“It’s in a pile of papers somewhere,” he told the BBC in 2009. “It said, ‘Congratulations on reaching number one – The Beatles.'”
The follow-up was delayed when Davis bashed his head on a car windscreen after braking to avoid a dog – but Somebody Help Me, another Jackie Edwards cover, gave the quartet a second number one in March 1966.
The band went on to prove they had songwriting chops of their own, with hit singles like I’m A Man and Gimme Some Lovin’, which was later covered by The Blues Brothers.
The Spencer Davis Group also recorded the theme song for the long-running children’s TV show Magpie, under the pseudonym The Murgatroyd Band – a reference to the show’s mascot, a fat magpie named Murgatroyd.
By 1966, the band had starred in their own film, a musical comedy called The Ghost Goes Gear, which found the band stranded in a haunted manor. Davis also made a cameo in The Beatles’ Magical Mystery Tour, as a bus passenger.
Hits followed in the US, although the band never toured there; while Davis’s ability with languages (he was fluent in German, French and Spanish) helped the band further their career in Europe.
Those linguistic capabilities even led to Davis recording a German version of The Age Of Aquarius (Aquarius Der Wassermann) in 1968, and earned him a lasting nickname: “The Professor”.
However, the Spencer Davis Group came to an untimely end in 1967 when, at the height of their fame, Winwood quit to form Traffic, leaving Davis without his dynamic frontman.
The band recorded a few more minor hits, but broke up soon after, with Davis moving to California, where he embarked on a short-lived solo career.
At the time, he later claimed, he was near to bankruptcy, thanks to a punitive contract with Island Records.
“I didn’t realize what had been going on. I’d sold millions of records and hadn’t seen a penny from them,” he told Music Mart magazine in 2005.
“In 1970, I was considering declaring bankruptcy, but I’d written a track with Eddie Hardin, called Don’t Want You No More, which the Allman Brothers put on their Beginnings album. The damned thing sold six million copies. Suddenly a check for £5,000 arrived through the door and I’d never seen so much money in all my life.
“I saw more money from that one song than I saw from all the stuff that had been an Island production.”
After confronting Island Records’ owner Chris Blackwell over the issue, he was given a job in artist development at the label in the mid-70s.
There, he helped to promote newcomers like Bob Marley, Robert Palmer and Eddie And The Hot Rods, as well as working alongside Winwood, who was now establishing himself as a solo artist.
Davis returned to songwriting with 1984’s Crossfire, which featured contributions from Dusty Springfield and Booker T.
He subsequently reformed the Spencer Davis Group – minus the Winwood brothers – with whom he toured the world for the rest of his career, often playing more than 200 shows a year.
Birmingham International Jazz Festival founder Jim Simpson, who was told about Davis’ passing by drummer Pete York, said: “Spencer was a lovely man – always very courteous and a purist about music.
“The Spencer Davis Group stuck more to the blues and never became a fully-fledged rock band. Spencer was scholarly and well educated, very gentle and kind and his tastes in music were spot on.”
The musician is survived by his long-time partner June, and three adult children.

Hear Tony Lewis on "The Lost 45s." Tony Lewis -- best known as the "Your Love" singer for the British rock band The Outfield -- has died at 62. Tony reportedly died Tuesday near his home in London. The cause of death was not revealed. The musician, songwriter and record producer co-founded The Outfield with Alan Jackman and John Spinks. Their music roared in the 1980s with hit tracks like "Your Love," "All The Love" and "Say It Isn't So." […]