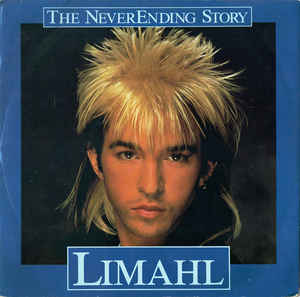 Source: music-news.com
Limahl focused on the positives after ‘the record deals ended’ in the 1980s.
The former Kajagoogoo star admitted he was worried about the prospect of not having another big hit after later singles didn’t reach the same success as ‘NeverEnding Story’.
He exclusively told BANG Showbiz: “Well, when the record deals ended as it were, back in the mid-80s, I was faced with one big question.
“‘I may never have another hit again,’ that’s what I said to myself. At this point, I’m only 27 years old, 28. I thought, ‘Does that mean I’m gonna be unhappy for the rest of my life? That’s a waste of a life!’
“So that’s how I dealt with it. I thought, there’s lots of things I can do. I’ve got my health, I’ve had the hits.”
By the late 1990s, the singer – who turns 62 this month – enjoyed a career revival on nostalgia shows celebrating the glory days, and he has continued to perform live for the past two decades.
He added: “I didn’t know what was ahead of me at that point, obviously. I didn’t know I’d be slipping back into the Limahl role.
“In 1998, that’s what happened – everyone got interested in the 80s again, and I haven’t stopped working live for 20 years.
“It’s just something I’ve had to go through and deal with, and it’s fine. I’ve come through the other side. [laughs] ‘At first I was afraid…’ ”
Limahl recently released new festive single ‘One Wish For Christmas’ – originally titled ‘London For Christmas’ – after revisiting the 2012 track and realizing how timeless the song is, and fitting for the current climate.
He explained: “I had a diary full of gigs, and I usually travel a lot. A lot of my gigs are overseas, because the songs were such big international hits – all postponed or cancelled.
“So, it’s weird because it allowed me to work on the new single. All that time in the first lockdown got me sort of being reflective. God, those lyrics talking about all these things we love to do – we can’t do, currently.
“No sign of being able to them. In one sense, the lockdown was good creativity, bad for mental and spiritual challenges.”

Source: music-news.com David Byrne has dashed hopes of a Talking Heads reunion. The 'Burning Down The House' hit makers split up in 1991, but reunited to perform at their induction into the Rock & Roll Hall Of Fame in 2002. However, fans hoping to see the New York group back on stage will be disappointed, as frontman David, 68, admitted he's not interested in becoming a heritage act. Speaking on MSNBC’s 'The Beat', he said: “There’s a period where music […]