Source: music-news.com
Duran Duran thanked the late David Bowie for inspiring them to become musicians.
The British band performed virtually as part of the 24-hour A Bowie Celebration: Just For One Day event on Saturday, and covered the iconic musician’s track Five Years to mark the special occasion.
Frontman Simon Le Bon admitted the song is very important to him and his bandmates Nick Rhodes, John Taylor and Roger Taylor, and said Bowie, who died in 2016, was the reason he fell in love with music.
“My life as a teenager was all about David Bowie,” he said in a statement. “He is the reason why I started writing songs. Part of me still can’t believe in his death five years ago, but maybe that’s because there’s a part of me where he’s still alive and always will be.
“When we got the Ziggy Stardust LP and put the needle in the groove, our first taste of its perfection was the song Five Years. I can’t begin to explain how honored I feel for Duran Duran to be given the opportunity to perform (for) this icon, and to place our name alongside Bowie’s for this commemoration of his music,” the 62-year-old added.
The Just For One Day celebration marked Bowie’s 74th birthday and the fifth anniversary of his death, and also featured performances from the Cult frontman Ian Astbury, Gary Barlow, Perry Farrell, Peter Frampton, Boy George, and Gary Oldman. 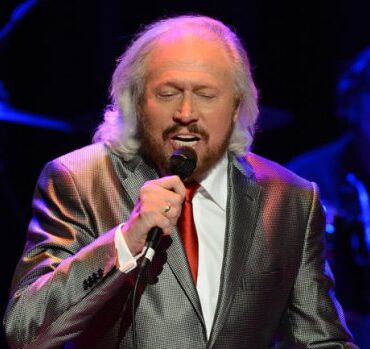 Source: music-news.com Barry Gibb was "terrified" when he heard his collaborator Keith Urban would be bringing his wife Nicole Kidman to the studio. The Bee Gees star was thrilled when Keith agreed to join him for a new rendition of I've Gotta Get a Message to You for the country duets album, Greenfields: The Gibb Brothers Songbook Vol. 1, but had no idea he'd be joined by the Oscar winner. […]