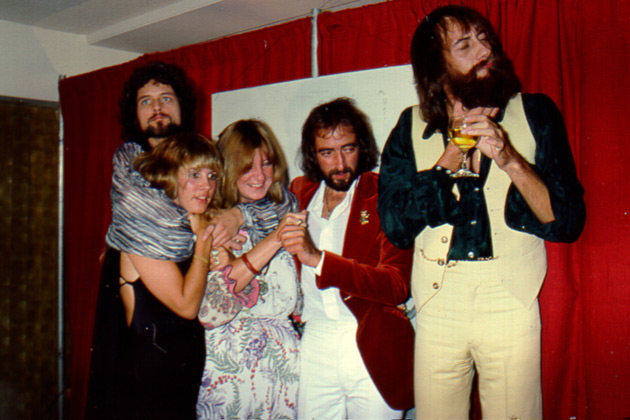 The former lead guitarist was ousted from Fleetwood Mac in January 2018, and later filed a lawsuit alleging breach of fiduciary duty and breach of oral contract, but they later settled the lawsuit.

In a new interview, drummer Mick has revealed he and Lindsey have “re-connected” and have been “beautifully honest” about their situation.

The 73-year-old sticksman told Rolling Stone: “I’ve really enjoyed being re-connected with Lindsey, which has been gracious and open. And both of us have been beautifully honest about who we are and how we got to where we were.”

Despite previously ruling out a reunion with Lindsey, 71, Mick has admitted he would love to see him play with the band again for a reunion tour, but admitted it’s a “far-reaching” ambition.

He said: “Strange things can happen. I look at Fleetwood Mac as a huge family. Everyone plays an important role in our history, even someone like [early ’70s] guitarist Bob Welch, who was huge and sometimes gets forgotten.

“Lindsey’s position in Fleetwood Mac will, for obvious reasons, never been forgotten, as it should never be forgotten.”

Mick continued: “My vision of things happening in the future is really far-reaching. Would I love to think that [reunion] could happen? Yeah. I’d love to think that all of us could be healed, and also respect the people who are in the band, Neil Finn and Michael Campbell.”

In a previous chat, Mick had said when asked the same question about the possibility of Lindsey returning: “No. Fleetwood Mac is a strange creature. We’re very, very committed to Neil and Mike, and that passed away a time ago, when Lindsey left. And it’s not a point of conversation, so I have to say no.”

Mick added to the publication: “I can’t speak for the dynamic with Stevie and him. I don’t even need to protect it. It’s so known that they’re chalk and cheese in so many ways, and yet not.”

In October, Stevie revealed she had sent a letter to Lindsey after he underwent open-heart surgery in February 2019.

However, she claimed she hadn’t spoken to him since he was let go by the band.

She wrote in the note: “You better take care of yourself. You better take it easy and you better do everything they tell you and get your voice back and feel the grace that you have made it through this.”

The singer also admitted she was “so disappointed” to see Lindsey leave.

She insisted: “I never planned for that to happen. Any time we re-formed to do a tour or a record, I always walked in with hope in my heart. And I just was so disappointed. I felt like all the wind had gone out of my sails.”

Source: music-news.com Roger Taylor: 'George Michael would not have been a good fit for Queen' Queen star Roger Taylor has shot down long-standing rumors suggesting George Michael turned down the job as the band's new frontman following Freddie Mercury's death, insisting he was never offered the role. The late Careless Whisper singer fronted the group for three songs during the 1992 Freddie Mercury Tribute Concert in London, but the gig […]