The 77-year-old star counts himself as incredibly fortunate, as he’s been able to live very comfortably during the global health crisis.

He said: “You have to be patient, learn self-reliance … but all these things, as I say for me … I’m very lucky. I don’t have the problems of living, say in a small flat in London or New York, which some of my friends have had.

Mick is also conscious of the potential mental health impact of lockdowns.

He told BBC 6 Music: “I can feel that people could get really quite depressed about the whole thing because there was a point where there was no light at the end of the tunnel. It was sometimes a little bit down for a lot of people, but I was lucky enough to avoid most of that.”

The Rolling Stones frontman said: “It just seems to be that even people you know that are relatively sensible about a lot of things have one thing that they just don’t kind of get.

“I have several friends and relations and they go off on these things that just doesn’t … They’re just irrational. 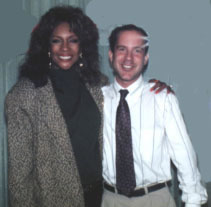 Source: music-news.com Previously unheard music from Mary Wilson is set for release. The former Supremes star - who died in February at the age of 76 - had a large collection of unreleased music when she died and there are plans in place to share it with the world, according to Bruce Resnikoff, President/CEO of Universal Music Enterprises. He told Variety: "I made that commitment to her the last […]