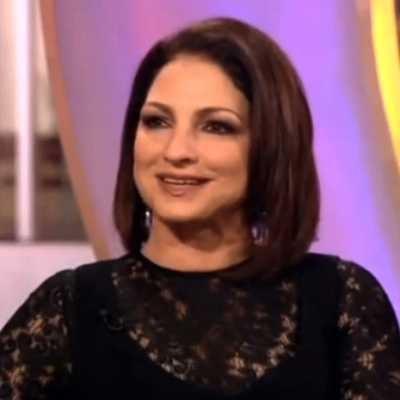 Latin superstar Gloria Estefan is heading back to the big screen to join her pal Andy Garcia in the planned remake of Father of the Bride.

The Warner Bros. reboot is set to revolve around a Cuban-American family, and now Estefan has been added to the cast, which features Garcia as the titular character, and Pacific Rim: Uprising star Adria Arjona as his daughter, the bride, reports Deadline.

Estefan, who will play Garcia’s wife, jumped at the opportunity to join the bridal party for the project, which will be directed by Gaz Alazraki.

In a statement, she said, “A resounding yes was my answer to the invitation to join my good friend, the incredibly talented Andy Garcia, for this new and wonderfully warm and funny incarnation of the classic, Father Of The Bride!”

The singer added, “I’ve been a fan of director, Gaz Alazraki, since I saw his record breaking comedy, Nosotros Los Nobles and can’t wait to experience how he brings this amazing script by Matt Lopez to life.”

Father of the Bride previously hit screens in 1950, when Spencer Tracey and Elizabeth Taylor led the cast, while Steve Martin and Kimberly Williams-Paisley took over the roles as father and daughter in the popular 1991 release.

Estefan most recently tested her acting skills with a guest role on the revamped TV comedy series One Day at a Time, while her previous movie credits include Wes Craven’s 1999 drama Music of the Heart, and 2017 comedy A Change of Heart, directed by Kenny Ortega.

Source: music-news.com Boy George has been having acting lessons to combat his stage fright. The 60-year-old singer found his early nerves about getting up to perform returned on Culture Club's 2018 comeback tour 'Life' but he's found having sessions with acting coach Charlie Walker-Wise have been really helpful. He told Classic Pop magazine: "I started feeling out of sorts when we played CarFest two years ago. "It made me want […]