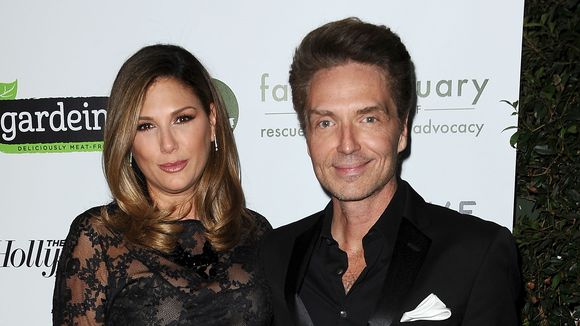 Marx was an aspiring singer/songwriter when Streisand reached out and asked him to write her a hit. He sent her Right Here Waiting, a song he was set to enjoy huge success with.

“I had just recently written Right Here Waiting and it was such a personal song to me at the time that I had no intention of recording it,” he told CBS’s The Talk. “I was like, ‘I’ll give Barbra Streisand Right Here Waiting; I’m not gonna do anything with it’.

“I had to messenger the cassette tape of it to her. The next day she called me – I still have this voicemail… – and it says, ‘Richard, I heard the song; it’s a beautiful song, but I’m gonna need you to rewrite the lyrics because I’m not gonna be right here waiting for anyone.

“She actually did me a solid, because had she not rejected it I probably would never have recorded it and every once in a while I put my arm around her and I say, ‘Thank you so much for rejecting my song!'”

Right Here Waiting, once it was recorded by Marx, reached number one on the Billboard Hot 100 in the summer of 1989.

Source: music-news.com Mick Jagger's ghostwriter Barry Coleman quit after an "awful experience" trying to write his memoirs 30 years ago. Coleman took over when the original writer quit and now reveals he spent two terrible weeks trying to work with the reluctant Rolling Stones star, who abandoned the project and repaid his $1 million-plus advance from publishing firm Weidenfeld & Nicolson. Jagger has since explained he found the process of […]