Phil Collins has announced his new tour with his band, Genesis, will be his last.

Collins, who began touring this week with Tony Banks and Mike Rutherford, was asked by Mojo about tour dates for 2022, and he responded, “This English and American tour, that will be enough for me.”

Banks clarified the statement, saying, “I think it depends a little bit how it goes. How Phil stands up to it all. How the audience receive it, and how we all feel about it, really.”

While Collins made his name as a drummer with the band, in recent years, he has focused on singing due to his health. Speaking on BBC Breakfast earlier this month, the In the Air Tonight singer was asked if he would be playing the instrument on tour.

“No. I’d love to, but you know, I mean, I can barely hold a stick with this hand,” the 70-year-old shared. “So there are certain physical things that get in the way.”

Collins has struggled with his health since suffering a 2007 spinal cord injury that damaged his vertebrae, which occasionally requires him to use a wheelchair. He usually performs while seated these days.

Collins’ son, Nicholas, will be taking his father’s spot at the drum set while Collins will remain on vocals. During that interview, the music legend hinted at the tour being his last.

“Yes, well you know, you say things. I mean, we’re all men of our age and I think to some extent yeah, I think it probably is putting it to bed,” he explained. “I think, yeah, just generally for me, I don’t know if I want to go out on the road anymore.”

The reunion tour kicked off in Birmingham, England on Monday and is scheduled to conclude in Pittsburgh, Pennsylvania in December. 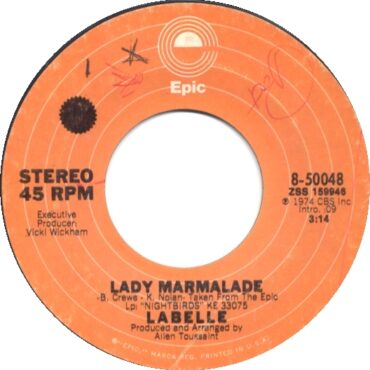 By Isaac Avilucea | iavilucea@trentonian.com | The Trentonian PUBLISHED: September 20, 2021 at 4:55 p.m. | UPDATED: September 20, 2021 at 5:57 p.m. TRENTON — Sarah Dash, the acclaimed Trenton native songwriter, actress and co-founder of Patti LaBelle & The Bluebelles, died Monday in Trenton. She was 76 years old. Her death was unexpected and the cause was unknown, although she had complained to family that she was not feeling […]