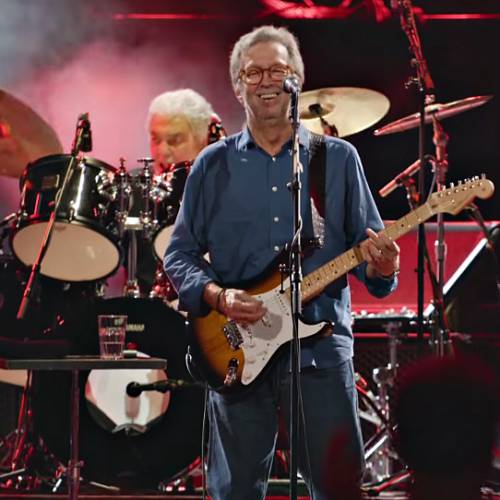 The Beatles almost sacked George Harrison and planned to replace him with Eric Clapton after the guitarist temporarily left the band.

The news comes from unearthed interviews with band member John Lennon recorded in January 1969, as reported by the Daily Mail.

In the tape, he says: “[Harrison is a ]festering wound and we allowed it to go deeper and we didn’t even give him any bandages.”

The ‘Imagine’ singer song-writer then goes on to suggest that his place in the world-famous band be taken by fellow guitarist Eric Clapton, 76.

He added: ‘I think if George doesn’t come back by next week we ask Eric Clapton to play.’

The revelation comes from more than 120 hours of unheard audio and 50 hours of unseen footage made while a fly-on-the wall film was shot by director Michael Lindsay-Hogg during the rehearsing and recording of what became the Fab Four’s final album ‘Let It Be.’

The recordings are to be used as part of a new documentary to mark the 50 years have passed since their final album reached number one on the charts.

The three-part TV documentary titled ‘The Beatles Get Back’ is made by Peter Jackson, the Oscar winning director of films such as ‘King Kong’ and ‘Lord of the Rings.’

The documentary is scheduled for release on Disney+ in November with former Beatle member Ring Starr saying that it shows” the band were just “lads laughing and fooling around” in their final days, despite their infamous acrimonious split. 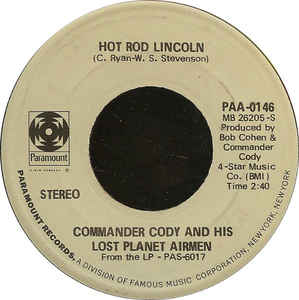 Hear Commander Cody on "The Lost 45s."   Source: Variety/by Chris William Commander Cody, aka George Frayne, Roots-Rock Band Leader and ‘Hot Rod Lincoln’ Singer, Dies at 77 George Frayne IV, who led the band Commander Cody and His Lost Planet Airmen, a group that combined elements of the rock counterculture with a love for roots music in the early 1970s, died Sunday at age 77. Frayne had been receiving […]