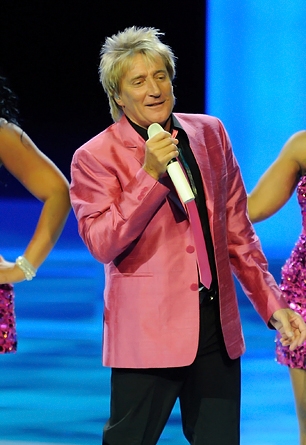 Sir Rod Stewart’s Australian tour has been cancelled due to the surge in COVID-19 cases.

The singer was due to play nine concerts Down Under in March and April 2022, but the “ongoing surge of COVID in Australia and the reimposition of entertainment venue capacity limits in several states”, has forced the concerts to be axed.

In a statement issued by Live Nation, Rod said: “My dear friends, once again I feel we’ve all been cheated by this evil disease, so it is with great regret that I announce my shows for 2022 have had to be cancelled.

“My thoughts are with all your families at this difficult time as we come out of the joyous and hopefully safe holiday season and I look forward to returning to Australia as soon as the health situation permits.”

The 77-year-old rocker is “absolutely gutted” and has vowed to bring “the party to end all parties” to Oz as soon as it’s safe to do so.

He concluded: “I’m absolutely gutted with disappointment and when I do eventually get there we‘ll have the party to end all parties. Guaranteed.”

While it’s a blow for Australian fans, Rod still has his 2022 UK and US tour in support of his 31st studio album, ‘The Tears of Hercules’.

The UK arena run kicks off in Nottingham on November 16, before heading to London, Glasgow, Liverpool, Birmingham, Leeds and Manchester, and wrapping in Newcastle on December 22.

The musician has missed performing on stage so much amid the global pandemic that he recently admitted he would have jumped at the chance to play to a room full of coffins, because he’s so “desperate” to hit the stage.

“I’ve got October in Vegas looking forward to that but we really go mad next year, touring seven months out of 12.”

LOS ANGELES (AP) — Ronnie Spector, the cat-eyed, bee-hived rock ‘n’ roll siren who sang such 1960s hits as “Be My Baby,” “Baby I Love You” and “Walking in the Rain” as the leader of the girl group the Ronettes, has died. She was 78. Spector died Wednesday after a brief battle with cancer, her family said. “Ronnie lived her life with a twinkle in her eye, a spunky attitude, […]