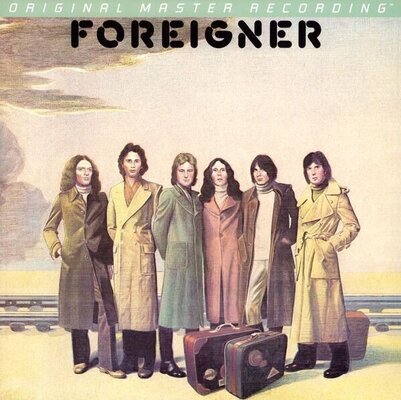 Ian McDonald, a multi-instrumentalist and songwriter best known for his co-founding roles in both King Crimson and Foreigner, died Wednesday at the age of 75. A rep for McDonald confirmed the musician’s death, adding that McDonald “passed away peacefully on February 9, 2022 in his home in New York City, surrounded by his family.” His son reported on Facebook that the cause was cancer.

McDonald was known as one of the key architects of progressive rock, playing both saxophone and keyboards in King Crimson and co-writing its iconic 1969 debut, In the Court of the Crimson King. The record’s opening track, “21st Century Schizoid Man,” featured McDonald’s wild double-tracked alto-sax solo, which he performed the same year at a famous concert in London’s Hyde Park. He left King Crimson before the year was over, moving on to a duo project with Crimson drummer Michael Giles. He would also appear as a session musician on King Crimson’s 1975 classic, Red.

“Ian’s contribution to King Crimson was invaluable and profound,” read a statement on the website for Discipline Global Mobile, King Crimson’s record label.

Later, McDonald co-founded rock outfit Foreigner with guitarist Mick Jones, playing various instruments and singing on their first three LPs — all of which cracked the Top 10.

“When I had the idea of forming Foreigner, Ian McDonald was among the first I turned to,” Foreigner guitarist Mick Jones wrote on Facebook on Friday. “He was and always will be a giant on the English progressive rock scene. He was a musician of great substance and versatility. … He will be sadly missed.”

McDonald also performed as a session saxist on T. Rex’s classic 1971 album, Electric Warrior, and later reunited with part of the original Crimson lineup as a member of the 21st Century Schizoid Band. His final major project was the rootsy rock band Honey West.

Ian McDonald was born in Osterley, Middlesex, in England, in 1946. He served for five years in the British Army, playing in a jazz band. He collaborated with the group Giles, Giles, and Fripp — an early project featuring fellow Crimson co-founders Robert Fripp and Michael Giles that planted the seeds for King Crimson. His jazz sensibility was key to the early King Crimson sound. A piece that he wrote for the army band called “Three Score and Four” would turn into the midsection of “21st Century Schizoid Man.”

“I was very into things like Stan Kenton and these kind of big bands at the time,” McDonald told Rolling Stone in 2019. “I was still in the Army. I wrote this piece called ‘Three Score and Four,’ and we put it into ‘Schizoid Man’ there. That whole section is mine that I lifted from that score that I had written.”

He also helped fill out the song’s iconic doomy opening riff. One day, at the band’s rehearsal space in the basement of London’s Fulham Palace Cafe, singer-bassist Greg Lake played the first half and McDonald added the rest.

“Greg came out with this six-note line in the rehearsal room,” he recalled. “As soon as he played that, I went to the Mellotron and went ‘daaah-daaah-dah,’ the chromatic run-up that follows it.”

King Crimson started performing around London in the spring of 1969, and immediately developed a reputation as a fearsome and highly original band.

“We hadn’t really heard anything else like it,” former Genesis guitarist Steve Hackett told Rolling Stone of seeing Crimson live in those early days. “You had that sort of free-jazz sensibility, but it was done with rock sensibility. And you had the guitar being twinned with the sax the whole time, so it was a very angular approach. It was the precision of the piece that was most interesting.”

McDonald’s sax solo made a huge impression at the Hyde Park gig. “The high point of that gig was the whole audience rising to their feet as one and cheering Ian McDonald’s solo during ‘Schizoid,’” Crimson roadie Richard “Vick” Vickers told band biographer Sid Smith. “I remember the hairs on the back of my neck rising as the roar from this huge crowd went up.”

The band embarked on a successful tour in late 1969, honing a daring, improv-driven live show. But McDonald and drummer Michael Giles quickly decided to part ways with the band. “I was probably not emotionally mature enough to handle it and I just made a rather rash decision to leave without consulting anyone,” McDonald told Sid Smith. He can be seen briefly in a trailer for the upcoming King Crimson doc In the Court of the Crimson King, tearing up and apologizing to Fripp for “breaking [his] heart” with the departure.

After his original stint in Crimson, McDonald made a duo album with Giles, and spent time as a session player, adding sax to T. Rex’s iconic “Get It On,” as well as two tracks from King Crimson’s later masterpiece, Red. He then brought his multi-instrumental skills to the British-American band Foreigner, which he founded with guitarist Mick Jones and singer Lou Gramm in New York in 1976. McDonald played on all of the band’s biggest early hits — including FM staples like “Feels Like the First Time,” “Head Games,” Hot Blooded,” “Double Vision,” and “Head Games.” He also co-produced the group’s first three albums, 1977’s Foreigner, 1978’s Double Vision, and 1979’s Head Games.

McDonald would return to both the King Crimson and Foreigner orbits in later years. In 2002, he reunited with former Crimson bandmate Michael Giles in the 21st Century Schizoid Band, which played the original Crimson repertoire. He also appeared live with Foreigner from 2017 to 2019.

Source: music-news.com On the Radio 2 Breakfast Show today, Zoe Ball spoke to Janet Jackson. She talked about her new documentary and the possibility of new music... On thinking the documentary would be boring for viewers: Janet: I thought it would be quite boring for a lot of people, basically for everyone. My favourite episode... was the very first half of the first episode which was about my family and […]