Dolly Parton plans to make a rock album if she’s inducted into the Rock and Roll Hall of Fame.

The 76-year-old country music legend is nominated for the first time alongside the likes of Eminem, Lionel Richie and Duran Duran.

Although Dolly has covered rock classics by the likes of Led Zeppelin and Bon Jovi, the ‘Jolene’ hitmaker never expected to receive the nod, but she revealed she has wanted to make a rock album for years and will do just if she earns her place at the prestigious Ohio museum.

Reacting to the nomination, she said: “I was absolutely floored when I heard that. I’ve never thought of myself as being rock and roll in any sense of the word, but I guess they judge it on the music and the influence certain songs have had … I guess I’ve had songs with other people in that realm, but I don’t know how they judge that.”

Dolly added to Billboard: “I’m not expecting that I’ll get in. But if I do, I’ll immediately, next year, have to put out a great rock and roll album, which I’ve wanted to do for years, like a Linda Ronstadt or Heart kind of thing. So this may have been just a God-wink for me to go ahead and do that. It’s just nice to be nominated.”

Beck, Carly Simon and A Tribe Called Quest are also nominated for entry this year.

Other nominees – who have been considered for induction before – include Kate Bush, Dionne Warwick, synth-pop pioneers Eurythmics, heavy metal band Judas Priest, late instrumentalist Fela Kuti, and ‘Killing in the Name’ rockers Rage Against the Machine.

The chosen inductees will be announced in May and honored at a ceremony set to take place later in the year.

Fans can cast their vote on the Rock Hall’s official website.

Since its inception in 1986, the Rock and Roll Hall of Fame Foundation has chosen a total of 351 music legends to be inducted, including Michael Jackson, Janet Jackson, ABBA and The Beatles. 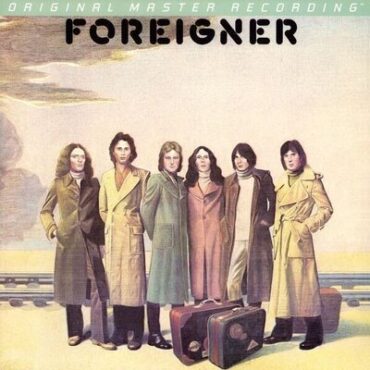 Source: Rolling Stone Ian McDonald, a multi-instrumentalist and songwriter best known for his co-founding roles in both King Crimson and Foreigner, died Wednesday at the age of 75. A rep for McDonald confirmed the musician’s death, adding that McDonald “passed away peacefully on February 9, 2022 in his home in New York City, surrounded by his family.” His son reported on Facebook that the cause was cancer. McDonald was known […]