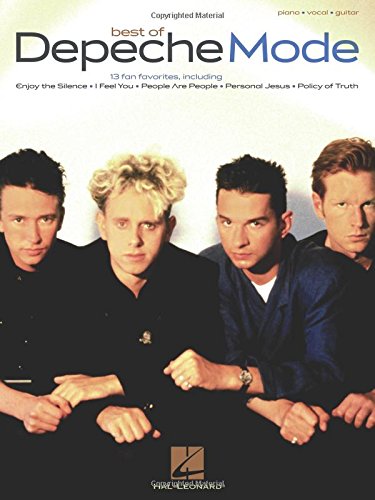 Andy Fletcher, a keyboardist and founding member of Depeche Mode, has died, the band announced on their official social media channels. He was 60 years old.

“We are shocked and filled with overwhelming sadness with the untimely passing of our dear friend, family member, and bandmate Andy ‘Fletch’ Fletcher,” the band said in a statement posted to Instagram and Twitter Thursday. “Fletch had a true heart of gold and was always there when you needed support, a lively conversation, a good laugh, or a cold pint.”

The band went on to note: “Our hearts are with his family, and we ask that you keep them in your thoughts and respect their privacy in this difficult time.”

The announcement did not specify a cause of death.

The British electronic band was officially founded in 1980 by Fletcher, Dave Gahan, Martin Gore and Vince Clarke. Fletcher remained a member of the band for more than 40 years and appeared on all 14 studio albums, from their 1981 debut “Speak & Spell” to 2017’s “Spirit.”

Considered synth-pop, electronic and new wave pioneers, the band – including former members Clarke and Alan Wilder – was inducted into the Rock & Roll Hall of Fame in 2020. Their hits included “Personal Jesus” and “Enjoy the Silence” from the band’s 1990 album, “Violator.”

Tributes to Fletcher began to pour in shortly after the band’s announcement of his death.

The band Orchestral Manoeuvres in the Dark tweeted that their concert Thursday night “will be touched by a great sadness as all of us say farewell to Andy Fletcher from Depeche Mode. A beautiful person in an amazing band.”

“I knew Andy and considered him a friend. We crossed many of the same pathways as younger men,” tweeted Lol Tolhurst, a founding member of The Cure. “My heart goes out to his family, bandmates, and DM fans. RIP Fletch.”

Source: music-news.com The Swedish pop group - made up of Agnetha Fältskog, Björn Ulvaeus, Benny Andersson, and Anni-Frid Lyngstad - walked the red carpet at the new ABBA Arena in London's Olympic Park for the premiere of their virtual concert series Voyage. ABBA are bringing their biggest hits to the digital stage and performing as "ABBA-tars", Billboard reports. These ABBA-tars, or avatars, depict the group as they looked in 1979. […]