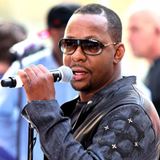 Bobby Brown has opened up about being blamed for Whitney Houston’s death.

The New Edition singer, who was married to the star between 1992 and 2007, spoke to Fox News Digital to promote his documentary, Biography: Bobby Brown, in which he claims Whitney didn’t quit drugs when he did, causing a rift in their marriage.

Bobby was often blamed for the singer’s tragic death by drug-related accidental drowning in 2012, and he addressed these accusations in the new interview.

Bobby also spoke of his own rehabilitation journey.

“There were so many times that I said to myself, ‘I want to get clean.’ And I actually got clean from narcotics. That was so long ago and I’m thankful for it,” he added.

But after ceasing his illicit drug use, Bobby still struggled with alcohol: “Alcohol had played a big part in my life. I just had to get that one thing off my back. It’s been a long time since I’ve wanted to be full of life again. I finally had the chance and I’m taking full advantage of it.”

Bobby spent time at a treatment facility for alcohol abuse in 2020 and he is now clean.

Source: CNN Alan White, the British drummer who played in the progressive rock band Yes and featured on John Lennon’s “Imagine,” has died at the age of 72. The musician, born in County Durham, England, died in the United States on Thursday after a brief illness, his family said in a statement shared on his Facebook page. “Alan White, our beloved husband, dad, and grandpa, passed away at the age […]