Joni Mitchell surprised the crowd at the Newport Folk Festival.

The 78-year-old legendary folk star wowed the crowd with her first live performance since 2013 at the Rhode Island three-day festival during Brandi Carlile’s set on Sunday night.

During the show, Joni – who first appeared at the festival in the 60s – and the 41-year-old folk singer duetted on two of her biggest hits, ‘A Case of You’ and ‘Both Sides Now’.

Brandi began her show praising the power of folk music and the people that love it and included appearances from her bandmates Phil and Tim Hanseroth and Celisse Henderson, and her pals Allison Russell, Jess Wolfe and Holly Laessig from Lucius, Blake Mills, Taylor Goldsmith, Marcus Mumford and Wynonna Judd.

She said: “This scene shall be forever known henceforth as the Joni jam!”

Joni – who made her first public appearance in 2022 at the MusiCares’ 2022 Person of the Year Gala in April – treated the crowd to a 13-song set list including fan favorites ‘Carey’, ‘The Circle Game’ and ‘Big Yellow Taxi’ and a cover of George Gershwin’s ‘Summertime’.

The Grammy winner hit the headlines at the beginning of the year after she joined Neil Young’s boycott of the music streaming giant, Spotify in protest of their deal with the controversial comedian Joe Rogan to exclusively distribute his podcast, ‘The Joe Rogan Experience’ – reportedly worth an estimated $200 million – after he came under fire for his comments about COVID-19 and vaccines.

After the 76-year-old musician removed his back catalogue, Joni said: “Irresponsible people are spreading lies that are costing people their lives. I stand in solidarity with Neil Young and the global scientific and medical communities on this issue.”

The ‘Heart of Gold’ hitmaker issued an ultimatum to the music service, saying: “They can have Rogan or Young. Not both.” 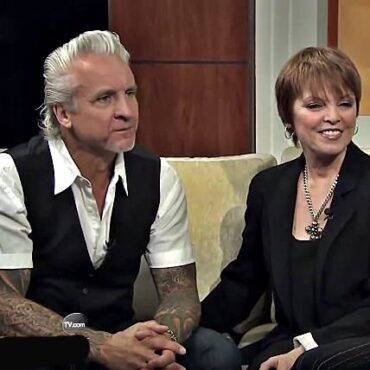 Source: CNN Pat Benatar won't perform her 1980 classic "Hit Me With Your Best Shot" anymore. Amid ongoing gun violence in America, the singer says she's come to view the song differently. "I'm not going to sing it," Benatar told USA Today. While the song's meaning is about strength and resiliency, Benatar said "you have to draw the line" and be aware of lyrics. "I can't say those words out […]