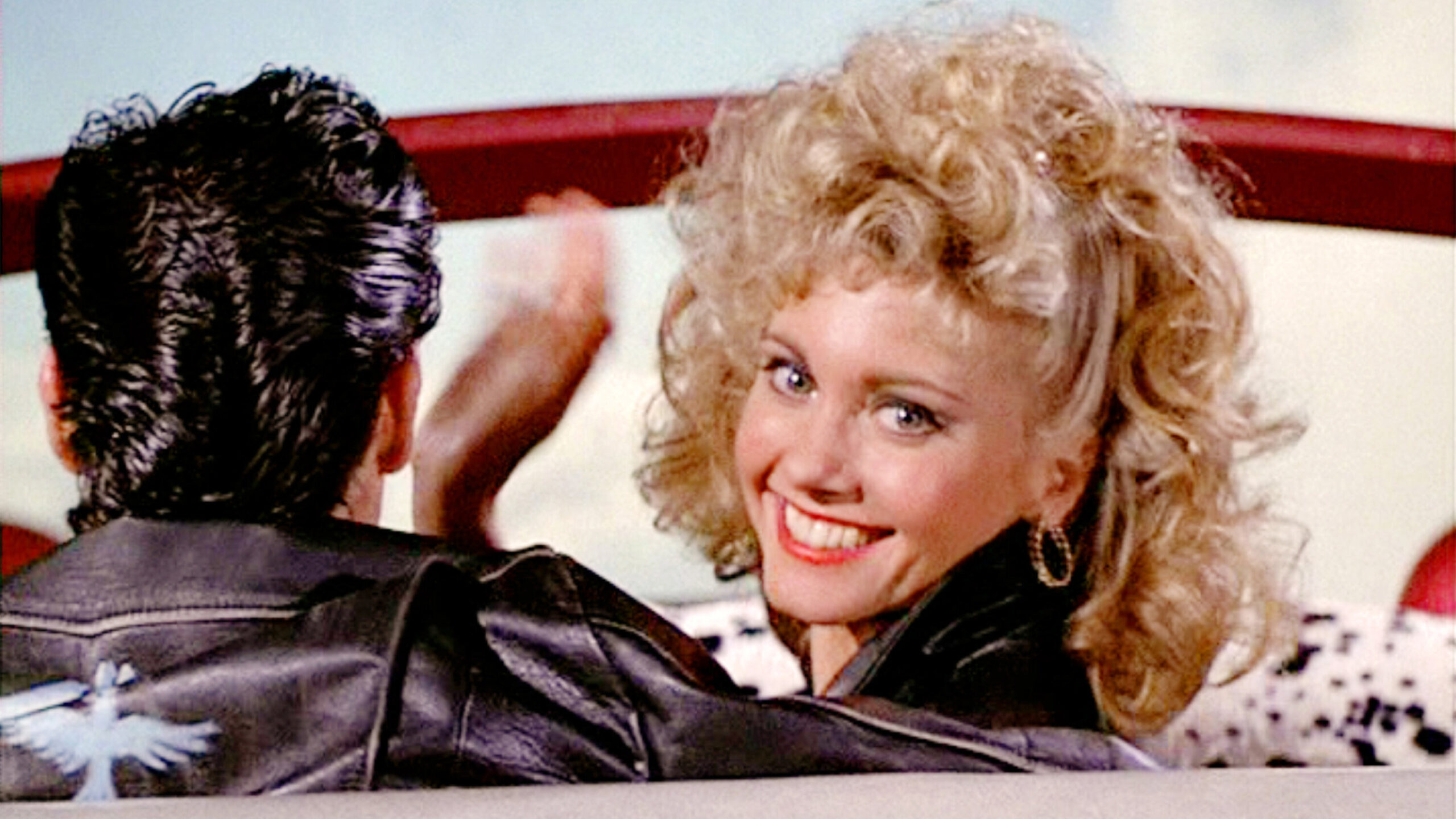 Listen to my news interview about Olivia Here!

Olivia Newton-John will be the subject of our special show this weekend on “The Lost 45s” with all of her appearance highlights over the years. Hear a preview clip!

Dame Olivia Newton-John (73) passed away peacefully at her Ranch in Southern California this morning, surrounded by family and friends. We ask that everyone please respect the family’s privacy during this very difficult time.

Olivia has been a symbol of triumphs and hope for over 30 years sharing her journey with breast cancer. Her healing inspiration and pioneering experience with plant medicine continues with the Olivia Newton-John Foundation Fund, dedicated to researching plant medicine and cancer. In lieu of flowers, the family asks that any donations be made in her memory to the Olivia Newton-John Foundation Fund.

From John Travolta courtesy of CNN:

“My dearest Olivia, you made all of our lives so much better,” the actor wrote on Instagram. “Your impact was incredible. I love you so much.”
Newton-John and Travolta gained international fame when in 1978 when they starred as bad boy Danny and sweet Sandy in the movie musical “Grease.”

Just a few years ago, the pair revisited their roles for one special night in West Palm Beach, Florida when they attended a sing-along of the movie and a Q&A session at the Coral Sky Amphitheatre.

Newton-John wore her signature yellow skirt and matching cardigan, complete with the white button up. Travolta wore a classic leather jacket, with his hair slicked back.

It was the first time the two had been in costume since they first made the movie more than 40 years ago, Newton-John wrote on Instagram at the time.

In his tribute, Travolta added, “We will see you down the road and we will all be together again.”

He signed it: “Yours from the moment I saw you and forever! Your Danny, your John.”

Following the sad news, Stockard Channing issued a statement to People in which she remembered her co-star in the 1978 film Grease.

“I don’t know if I’ve known a lovelier human being. Olivia was the essence of summer – her sunniness, her warmth and her grace are what always come to mind when I think of her,” she praised. “I will miss her enormously.”

In addition, music star Elton John expressed his condolences to Olivia’s family and loved ones.

“The saddest of news to wake up to. Olivia was a beautiful and courageous woman, who I never heard complain about her illness. A beautiful voice and a warm and loving friend. I will miss her so much,” he wrote on Instagram.

Olivia Newton-John, the Australian singer whose breathy voice and wholesome beauty made her one of the biggest pop stars of the ’70s and charmed generations of viewers in the blockbuster movie “Grease,” died on Monday, according to a statement from her husband. She was 73.

“Dame Olivia Newton-John passed away peacefully at her Ranch in Southern California this morning, surrounded by family and friends. We ask that everyone please respect the family’s privacy during this very difficult time,” her husband, John Easterling, wrote in a statement on the singer’s verified Instagram account. “Olivia has been a symbol of triumphs and hope for over 30 years sharing her journey with breast cancer.”

The singer revealed in September 2018 that she was treating cancer at the base of her spine. It was her third cancer diagnosis, following bouts with breast cancer in the early ’90s and in 2017.

Her rise to fame

Thanks to a string of country and soft-rock hits, Newton-John was already a popular singer by the late 1970s. But her co-starring role opposite John Travolta in 1978’s “Grease,” arguably the most popular movie musical of all time, lifted her to a new level of stardom.

Although she had little acting experience (and turned 29 during filming), Newton-John gave an indelible performance as Sandy, a sweet-natured Australian transfer student who romances Travolta’s alpha greaser Danny at a Southern California high school in the 1950s.

Their onscreen chemistry as mismatched lovebirds who undergo final-act makeovers to win each others’ hearts — she ditches her frilly dresses for heels, leather, spandex and a cigarette — anchored the movie and inspired repeat viewings by legions of fans.

“I don’t think anyone could have imagined a movie would go on almost 40 years and would still be popular and people would still be talking to me about it all the time and loving it,” Newton-John told CNN in 2017. “It’s just one of those movies. I’m very lucky to have been a part of it. It’s given so many people pleasure.”

Newton-John sang on three of the movie’s biggest hits: the duets “You’re The One That I Want” and “Summer Nights” with Travolta, and her swoony solo ballad, “Hopelessly Devoted To You.”

Born in Cambridge, England in 1948, Newton-John moved with her family to Melbourne, Australia, when she was five. After winning a talent contest on a TV show, “Sing, Sing, Sing,” as a teen she formed an all-girl group and began appearing on weekly pop music programs in Australia.
Newton-John recorded her first single in England in 1966 and scored a few international hits, but she remained largely unknown to US audiences until 1973, when “Let Be There” became a top-10 hit on both the adult contemporary and the country charts.

A series of No. 1 easy-listening hits followed, including “I Honestly Love You,” “Have You Never Been Mellow” and “Please Mr. Please.”

Then came “Grease,” which was 1978’s top-grossing movie and became an enduring cultural phenomenon.

The movie gave Newton-John an opportunity to change her squeaky-clean image. The cover of her next album, “Totally Hot,” featured the singer in black leather, while its songs had an edgier, more contemporary pop sound.

In 1981, she took her new, sexier persona a step further with “Physical,” a dance number with such suggestive lyrics as, “There’s nothing left to talk about unless it’s horizontally.” Banned by several radio stations, it became her biggest hit, spending 10 weeks atop the Billboard Hot 100.

She also appeared in several more big-budget movies, including the musical fantasy “Xanadu” with Hollywood legend Gene Kelly in his final screen role. The film bombed, but its soundtrack sold well and spawned “Magic,” a No. 1 hit.

In 1983 she teamed with Travolta again for “Two of a Kind,” a romantic comedy-fantasy, but it failed to recapture their “Grease” spark.

“I’ve had many lives in music. I’ve had country when when I started, then I crossed over into pop,” she told CNN. “I had ‘Xanadu’ and ‘Grease,’ many songs in between. I feel very grateful. I have such a large repertoire to choose from.”

But Newton-John also faced her share of troubles and tragedy. Her breast cancer diagnoses forced her to postpone and cancel several tours.

And in 2005 Newton-John’s then-boyfriend, Patrick McDermott, disappeared at sea while on a fishing trip off the coast of California. He was never found — an unsolved mystery that haunted the singer for years.

“It’s very hard to live with that,” she told CNN’s Larry King in 2006. “It’s probably the hardest thing I’ve ever experienced, and I’ve been through a lot of things.” Although her career profile dimmed in her later years, Newton-John never stopped recording and performing. Among her highlights were guest appearances on “Glee,” a long-running “Summer Nights” residency at the Flamingo Las Vegas and a dance-club hit, “You Have to Believe,” recorded with daughter Chloe. 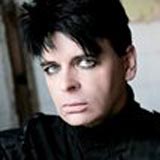 Source: music-news.com Gary Numan regrets retiring at the age of 23. The 64-year-old musician says announcing at Wembley in 1981 after two years of huge global success that he was giving up his career will always be one of his biggest regrets. He told Big Issue magazine: "It's easy to look at all the mistakes that you made and wish that you could go back and fix them. But the […]