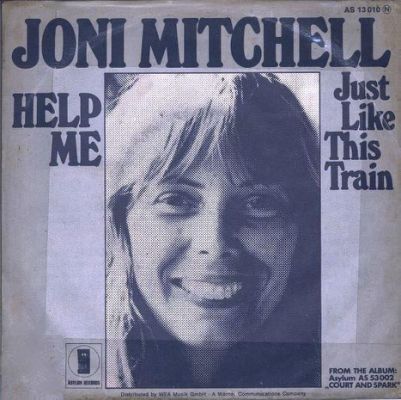 Joni Mitchell’s ex-husband Larry Klein says the veteran singer is hoping to return to the studio to record new music.

The 78-year-old singer suffered a brain aneurysm in 2015 which left her unable to talk or walk for some time but last month she returned to the stage for her first full show since 2000 at the Newport Folk Festival in Rhode Island – and her former spouse Larry says she’s been keen to return to music.

He told Mojo magazine: “She’s been working her way to regain all sorts of things, and she’s been wanting to sing again, she just hadn’t gotten to the point where she had the confidence to go into the studio.”

When asked if Joni will ever record any new music, he replied: “I wouldn’t be surprised (if she records new music). She’s a hard worker.

“She’s working at regaining the ability to play guitar, and what that means is that she’ll start experimenting, and who knows what’s going to come with that?”

Larry was a session guitarist who met Joni while working on her 1982 record ‘Wild Things Run Fast’ and they became romantically involved during their time together and married by the end of the year.

They split while putting together the singer’s 1984 album ‘Turbulent Indigo’ but continued to work together after the divorce.

After Joni made her comeback at the festival in July, she revealed it was the first time she felt nervous about performing.

Speaking to CBS News after the show, she said: “I’ve never been nervous about being in front of an audience, but I wanted to be good and I wasn’t sure that I could be. But I didn’t sound too bad tonight. “I think having a brush with death like that kind of softens people to me.”

Joni retaught herself how to play guitar by watching online tutorials.

Going back to infancy, almost. You have to relearn everything. “

source: music-news.com John Lennon’s son Julian feared he was “asking for trouble” by naming his new album ‘Jude’. Julian’s latest release is a nod to Beatles track ‘Hey, Jude’ which Sir Paul McCartney wrote to console him after his parents John and Cynthia divorced in 1968, when he was just five years old. The song was originally titled ‘Hey Jules’ - and the musician admits using ‘Jude’ for his new […]