Gene Simmons doesn’t have “friends” and prefers his own company.

The KISS rocker says his closest kinship is with his bandmate Paul Stanley, and they only get together when they have band things to do.

Speaking to Goldmine magazine, he said: “Even today, as I sit here, other than Paul, and we only get together when we do stuff for the band.

“How do I say this without sounding inhuman?

“I don’t have friends.

“Yeah, if friends means, ‘Gee, I don’t know what I’m going to do this afternoon. Hey, you want to come over and hang out?’

Meanwhile, Paul previously shared how he thinks KISS could continue without him and Gene.

The ‘Detroit Rock City’ rockers are on their ‘End of the Road’ farewell tour, with founding members Paul and Gene now joined by Tommy Thayer and drummer Eric Singer, who replaced Ace Frehley and Peter Criss, respectively.

Weighing in on the future of the band once its final two original members retire, he said: “I think that recasting KISS or KISS 2.0 is not what we have ever talked about.

“Can KISS continue and can it evolve without us in it? Well, yeah, because it’s already 50 per cent there.

He admitted despite his confidence in his own abilities, the group is “bigger than any member”, and he doesn’t rule out future iterations with different lineups.

He explained: “Could I see KISS evolving with different personnel? Yeah.

“As big a fan as I am of what I do — and I think I’m damn good — there’s other people around who could pick up the torch and bring something to the philosophy and to the live show and to the music. It would be KISS. It wouldn’t be KISS 2.0.

“If it were to happen, yeah, it would be really just a continuation of the philosophy that we’ve always had, and that’s that KISS is bigger than any member.”

He argued: “They’re trying to rationalize to the fans, ‘Well, you know, we replaced Peter and we replaced Ace, and eventually we’re gonna replace ourselves.

“That’s like Mick Jagger saying, ‘Yeah, after me and Keith [Richards], die, The Rolling Stones will continue on with two other guys.’ I mean, it’s a joke.” 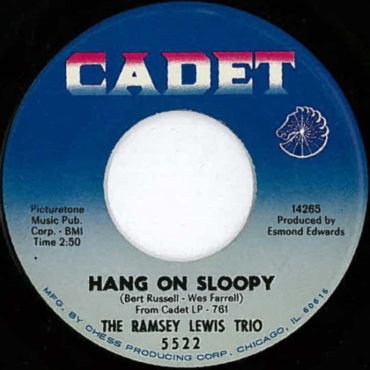 Hear Ramsey say hello and praise Barry Scott! Pop and Jazz icon Ramsey Lewis has died at the age of 87. He passed away this morning at his home in Chicago. (CNN) Depending on which music pundit you ask, jazz "died" when its 1920s heyday ended. Others believe jazz music lost its luster when the 1960s -- and rock music -- rolled around. But Ramsey Lewis, an inventive jazz pianist […]