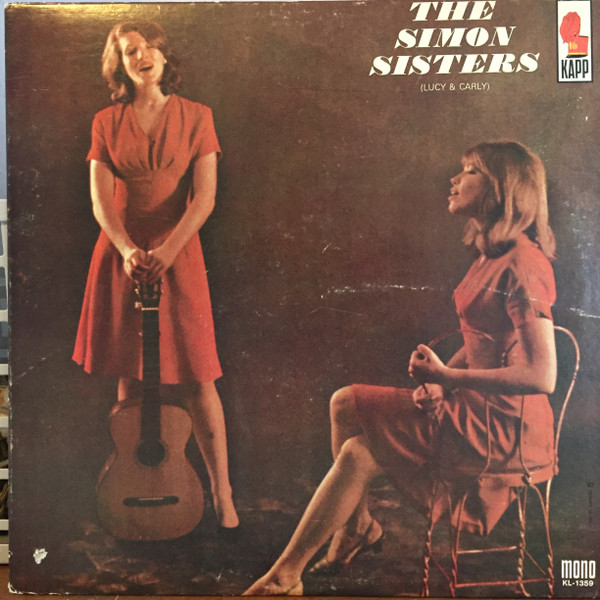 In a very sad development, Carly Simon lost both of her sisters this week, with Broadway composer Lucy Simon dying of breast cancer Thursday and former opera singer Joanna Simon passing from thyroid cancer on Wednesday.

Both deaths were confirmed by a source close to pop superstar Carly. Lucy Simon was 82, Joanna Simon was 84.

Born into wealth and a rarified atmosphere of celebrity and literati to Simon & Schuster publisher Richard Simon and wife Andrea, the Simon sisters – their brother Peter was the youngest sibling – would all find their ways to success in professional music careers.

Lucy entered show business in the early 1960s when she and Carly formed the folk singing duo The Simon Sisters, performing in Provincetown, Massachusetts, and New York City’s Greenwich Village. In 1964, the sisters recorded and released the song “Wynken, Blynken & Nod” to moderate success.

Within 10 years Carly Simon would become one of pop music’s most successful and commercially viable of the era’s singer-songrwriters, with hits including “That’s The Way I’ve Always Heard It Should Be” and “Anticipation” in 1971, and, the following year, her smash signature tune “You’re So Vain,” which endures on classic pop radio and as an object of debate over the mystery man of the lyrics.

Lucy Simon, although attending nursing school in the late 1960s, would continue a musical career, albeit one of a lesser profile than her younger sister’s. In 1975 she recorded the album Lucy Simon and in 1977 Stolen Time, that latter featuring backup vocals by Carly and then-husband James Taylor on about half of the songs.

In the early ’80s, Simon and husband David Levine produced two children’s albums that would win Grammy Awards: In Harmony: A Sesame Street Record in 1981 and Harmony 2 in 1983.

Following up on the success of The Secret Garden, Simon composed music for a stage adaptation of Doctor Zhivago, which debuted at San Diego’s La Jolla Playhouse in 2006. The musical had a brief run on Broadway in 2015.

In 1993, Lucy Simon wrote and produced music for the HBO film The Positively True Adventures of the Alleged Texas Cheerleader-Murdering Mom.

Prior to the progression of her illness, Lucy had been working with Susan Birkenhead and Emily Maan on On Cedar Street, a musical adaptation of the 2015 novel Our Souls At Night and 2017 Netflix film. The project is ongoing.

Joanna Simon performed regularly on opera and concert stages from 1962, when she made her debut at the New York City Opera as Mozart’s Cherubino, through 1986. She performed the title role in the world premiere of Thomas Pasatieri’s Black Widow at the Seattle Opera In 1972, and would make numerous recordings with orchestras over the years, including performances with the New York Philharmonic, the Vienna Philharmonic, and the Pittsburgh Symphony Orchestra.

After her semi-retirement from music in 1986, Joanna Simon worked as the arts correspondent for PBS’s MacNeil-Lehrer News Hour until 1992, winning a 1991 Emmy Award for her report on bipolar disorder and creativity. In later years, she worked in real estate.

Lucy and Joanna Simon were predeceased by their brother, the photographer Peter Simon, who died of cardiac arrest at age 71 in 2018 after battling cancer.

Source: music-news.com   Janet Jackson is reportedly set to launch a spectacular comeback tour. She is said to be working on staging shows after cancelling her ‘Black Diamond’ gigs in 2020 due to the Covid pandemic, which will apparently include new songs. A music source told The Sun on Sunday: “Janet has been preparing for her music comeback for a while and is gearing up for a performance that packs […]