Roberta Flack, the highly decorated vocalist whose smash hits like “Killing Me Softly With His Song” made her among the most recognizable voices of the 1970s, has been diagnosed with amyotrophic lateral sclerosis and can no longer sing, according to a statement released by her publicist on Monday.

The condition, known as Lou Gehrig’s disease, was diagnosed in August and has made it difficult for Ms. Flack to speak, the publicist, Elaine Schock, said in an email to The New York Times.

Ms. Flack, who lives in New York, made an appearance at the Apollo Theater as recently as 2018. At the theater, she collapsed and had a stroke, Ms. Schock said.

The Recording Academy’s National Trustees awarded Ms. Flack a lifetime achievement Award in 2020. “Ms. Flack plans to stay active in her musical and creative pursuits,” the statement said. “Her fortitude and joyful embrace of music that lifted her from modest circumstances to the international spotlight remain vibrant and inspired.”

A new, feature-length documentary called “Roberta” will premiere on Thursday at the DOC NYC film festival, according to the statement. Next year will be the 50th anniversary of the release of the “Killing Me Softly” album, Ms. Flack’s fourth. Rhino Records will celebrate the occasion with a commemorative reissue of the record, the statement said.

A.L.S. is a disease that causes the nerve cells to stop working and die, according to the Centers for Disease Control and Prevention. The nerves then lose the ability to stimulate specific muscles, which causes the muscles to become weak, the C.D.C. said.

The cause of most cases of A.L.S. is unknown, according to the C.D.C., and reports suggest that fewer than 20,000 people in the United States have it. 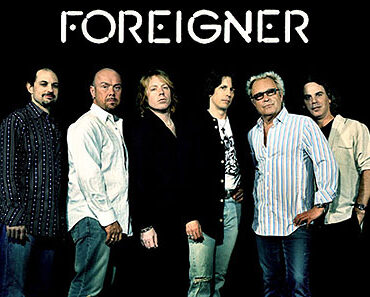 Source: music-news.com Foreigner have announced the start of their 'Historic Farewell Tour'. The 'I Want To Know What Love Us' rock veterans will hit the road for the first leg of their last ever tour with a 32-date run of North American dates, starting on July 6 at the Ameris Bank Amphitheatre in Alpharetta, Georgia and ending on September 3 in Holmdel, New Jersey. Speaking to Billboard, founder and guitarist […]