After being inducted into the Rock and Roll Hall of Fame, the ‘Jolene’ hitmaker is set to release ‘Rock Star’, and she’s recruited some of the biggest names in rock’n’roll to feature on the LP.

During an appearance on ‘The View’, she was asked if Rolling Stones frontman Sir Mick Jagger has added his pipes to a tune, to which she replied: “Well I’m doing my best to try and get him on [‘Rock Star’].

“But I did his song anyway.”

She has Pink and Brandi Carlile lined up to perform on ‘Satisfaction’ by the Stones.

Dolly teased: “I think Pink and Brandi Carlile are gonna be singing on that particular song [the Stones’ ‘Satisfaction’] with me.”

She then confirmed the former Beatles legend, 80, is part of the project along with Fleetwood Mac’s Stevie.

The ‘9 to 5’ singer added: “Stevie Nicks … we just finished our song last night.”

Dolly, 76, recently revealed she messaged Sir Elton John asking him to duet with her on ‘Don’t Let the Sun Go Down On Me’.

She said: “I just recorded for my rock album and I did [Elton’s] song, ‘Don’t Let the Sun Go Down On Me’. And I’ve sent out a message asking if he would sing with me on it and possibly play the piano. So if y’all get to see him, say Dolly wants you to sing on her record! So anyway, but I love him, just tell him to enjoy it because it was great fun for me.”

The late George Michael featured on a live cut of the 70s classic.

The upcoming album, which is poised for release in the latter end 2023, will feature a mix of classic rock covers and some new tunes in that vein.

Dolly teased: “I’m working on that album and that will be coming out sometime next fall hopefully, in time for the Christmas season next year. And so I’m going to do a lot of classic songs that are rock songs and then a few that I’ve written.”

Elsewhere, the country icon also had some advice for the ‘Tiny Dancer’ ahead of his headline set at Glastonbury next summer.

She said: “Tell him to enjoy it, because it was great fun for me.”

Dolly admitted she had no idea if she was “festival material” before she headlined Glastonbury. 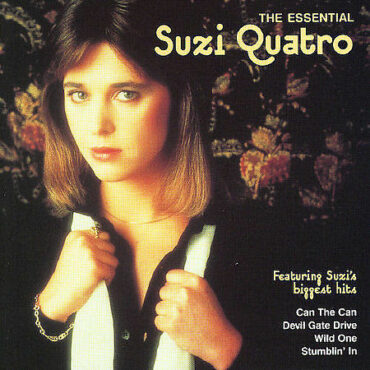 Source: music-news.com Suzi Quatro is embarking on a career-spanning tour. The 72-year-old glam rock legend will perform her greatest hits and more as part the run marking the 50th anniversary of her first number one hit, 1973's 'Can The Can'. Quatro will play shows in Cardiff, Brighton, Wolverhampton, Manchester, with a stop at the iconic London Palladium set for November 15. The US rock star said in a statement: “I […]