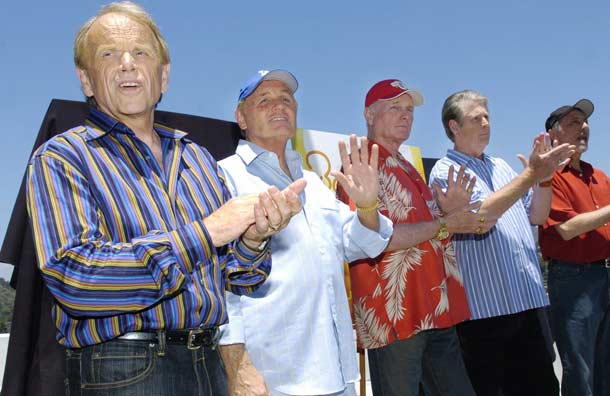 There are some good vibrations in the Classic Hits world: Brian Wilson is finally reuniting with the remaining Beach Boys, it was announced Friday morning. After months of negotiations, Wilson rejoins two other founding members, Mike Love and Al Jardine, as well as Bruce Johnston and David Marks. Together, they will release a new album and stage an international tour in celebration of the band's 50th anniversary. The stage-wary Wilson last toured with the group in 1965.