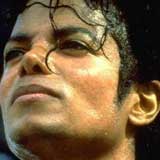 The story of Motown is coming to Broadway with a book by Berry Gordy and the music that made Detroit famous.
Gordy is the focal point for the show which is being produced by Berry, Kevin McCollum (Rent, In the Heights) and Sony Music Chairman and CEO Doug Morris.

"MOTOWN" will feature a book by Berry Gordy and music and lyrics from the Motown legendary catalogue, featuring dozens of hit songs made famous by Smokey Robinson and The Miracles, Diana Ross and The Supremes, Marvin Gaye, Stevie Wonder, The Temptations, Michael Jackson and The Jackson Five and many more.