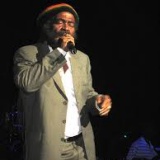 Reggae singer and songwriter John Holt died on Sunday in a London hospital at the age of 69. No cause of death has been released. Holt began his career performing in talent shows around his home country of Jamaica, eventually winning 28 contests, before recording his first single, Forever I'll Stay / I Cried a Tear, in 1963. His record company soon paired him with Alton Ellis for a series of recordings starting with Rum Bumper.

In 1964, Holt joined the Paragons, replacing the original lead singer Leroy Stump. John changed the sound of the group from the waning Ska style to Rocksteady, setting up the band for huge success in both their homeland and Britain.

Holt wrote the majority of the Paragons hits during the 60's including the now classic The Tide is High, famously covered later by Blondie. In 1970, two of the three members of the group quit to take advantage of scholarships in the U.S. with Holt embarking on a very successful solo career.

In 1974, Holt had his greatest success in the U.K., where he remained popular post-Paragons, with Help Me Make It Through the Night. The single went to number 6 but John was never able to once again reach such heights on the international charts.

After a short hiatus, Holt recorded Up Park Camp in 1976, changing his sound to appeal more in dance halls. Unfortunately, by the end of the decade, the singer had tried to sample disco and more easy listening music, losing fans along the way.

In the early-80's, Holt surprised fans with a return to his dance hall roots with Police in Helicopter, winning him a new audience with a series of successful singles. Overall, her recorded dozens of albums for a long series of labels including Trojan and Channel One.