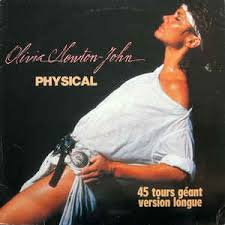 Olivia Newton-John has been forced to postpone several concerts because of a "bad issue with her sciatica".

The 68-year-old singer has been battling the condition, which involves pain running down one or both legs from the sciatic nerve in the lower back, for some time. And it seems it has become too painful for her to continue performing, with Olivia making the decision to reschedule her eight dates on the An Evening With Olivia Newton-John tour in America's Midwest.

"We are so sorry to announce that the Olivia concerts scheduled for May will be postponed due to a bad issue with Olivia‘s sciatica," her management said in a statement posted on Facebook. "Once the dates are rescheduled we will post the new dates ASAP. Apologies for any inconvenience."

Olivia still has concerts scheduled for June and later in the year but it remains to be seen whether she will be well enough for those dates.

Sciatica isn't the first health battle Grease star Olivia has encountered during her life. She was diagnosed with breast cancer in 1992 and has been in remission for the past twenty years, although she doesn't like to use that word because it "makes it sound as if it (cancer) is still lurking".

Since overcoming cancer, Olivia has made it her mission to live a healthier life, and undertakes regular exercise while following a healthy eating regime.

"Having cancer forced me to think deeply about myself for the first time, so it was a positive experience in that respect. I learned not to feel guilty about my successful music career. I also realised you had to eat well, exercise and be happy. It sounds obvious today, but I fully credit that attitude with my good health," she told Britain's Radio Times magazine earlier this year.

"Today, I still eat well, using organic food where possible. I have been a vegetarian, but I'll now have grilled chicken or fish. I believe in treating yourself, so I drink the odd glass of wine and I like chocolate. I play tennis three times a week and I get out into the fresh air every day."