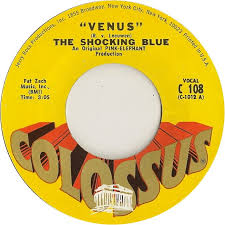 Jerry J. Ross, 84, a hit songwriter and record producer who was inducted into the Philadelphia Music Alliance Walk of Fame in 2013, died Wednesday, Oct. 4, of prostate cancer at the Holy Redeemer Hospital hospice unit in Meadowbrook.

Mr. Ross co-wrote “I’m Gonna Make You Love Me” with Kenny Gamble and Leon Huff. It was a 1968 hit recorded as a duet by Diana Ross and the Supremes and the Temptations.

Mr. Ross is credited with discovering and mentoring Gamble in a relationship that goes back to the late 1950s, when he helped Gamble and Thom Bell record “Someday” for his Heritage label as Kenny and Tommy.

“Jerry Ross was instrumental in introducing Thom Bell and me to the music business, including signing me to my first recording artist deal with Columbia Records,” Gamble said in a statement Friday. “He mentored Thom Bell and me to write songs. He was our good friend and was key to the beginning of the Gamble, Huff and Bell legacy.”

Gamble pinch-hit in 2013 when Mr. Ross was unable to attend his Philadelphia Music Alliance Walk of Fame induction ceremony. “Jerry Ross is a very special person,” Gamble said then. “He had faith in me at a young age and taught me a lot of things about the music industry.”

Mr. Ross, who broke into the music business during his Temple University student days when got the booth announcer gig on Dick Clark’s American Bandstand, wrote or produced gold records including “Sunday Will Never Be the Same” (by Spanky and Our Gang), “Apples, Peaches, Pumpkin Pie” (Jay and the Techniques), “Sunny” (Bobby Hebb), and “Venus” (Shocking Blue).

Mr. Ross’ daughter, Cheri Dorwart, remembered growing up with a dad who was immersed in music.

“I’d be in my second-floor bedroom and my dad would be in his basement office, playing tapes on his reel-to-reel, and I could hear every song he was playing,” she recalled, including “‘You Gave Me Somebody to Love’ by the Dreamlovers, which he wrote for my mom.”

She said her father referred to himself as a musicologist or a musical architect, and was proud of his ability to discover talent, including what he called his “Dutch Invasion” trip to the Netherlands, where he found the rock band Shocking Blue and produced the million-seller “Venus.” He also brought us the George Baker Selection's "Little Green Bag."

“He had this thing about him,” Dorwart said. “He would know instinctively whether a group would be successful or not. Even if they were performing a song he didn’t like, he always knew if he could do something with them.

“When he heard a song,” she said, “he would know within the first couple of bars whether it was a yes or a no. Sometimes, there were songs that the big companies would turn down, and my dad’s like, ‘They’re all wrong. I know this is a hit.’”

He told his daughter that he started his own record labels because “I’m tired of being told no by other people. They don’t hear what I hear. It’s going to be a hit and they will realize they made a mistake.” He proved it by producing the hit single “When We Get Married” by the Dreamlovers on his own Heritage label in 1961.

He is survived by his daughter and two grandchildren. Mr. Ross was predeceased by his wife, Janice, and son Kenneth.