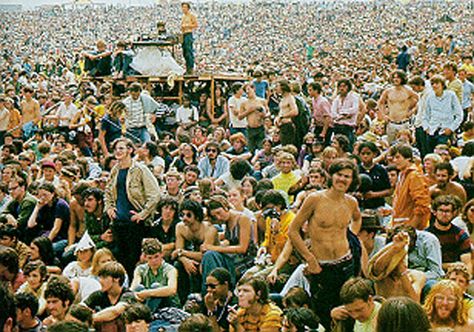 The man behind the Woodstock festival has confirmed reports he's planning a 50th anniversary bash miles away from the site of the 1969 event.

Michael Lang, the co-founder of the Woodstock Music & Art Festival, will be staging a "multi-generational" weekend concert in August in Watkins Glen, New York.

Lang tells Rolling Stone magazine he will be booking more than 40 acts for the event, adding, "It’ll be an eclectic bill. It’ll be hip-hop and rock and some pop and some of the legacy bands from the original festival."

The full line-up will be revealed next month, but don't expect to find The Who on it - Roger Daltrey has already turned up his nose at the anniversary, insisting it's not for him.

"You can't redo Woodstock because the stars of Woodstock were the audience," he recently told Billboard. "You can celebrate the date, but you can't redo it (the festival). Nobody's approached us about it, anyway, but I really wouldn't be interested in something like that."

The Who were among the stand-out acts who performed at the event back in 1969.

Lang also fears Crosby, Stills, Nash & Young won't reform, as he had hoped, for the 2019 festival.

The super group played their second-ever show at Woodstock, but the event boss admits there's still a lot of animosity between the band mates: "I’ve talked to them all individually and it’s a mess."

Meanwhile, the Watkins Glen International racetrack venue has a rock music history - it was the site of a 1973 Allman Brothers Band concert featuring the Grateful Dead and the Band.

Lang reveals he chose the place over the original Woodstock site in Bethel, New York because it can accommodate 600,000 fans.

The Bethel site has since been turned into a cultural centee and museum.

"They’re (museum officials) good stewards of the original site and they built a beautiful performing arts pavilion, but it’s a 15,000-seat shed," he explains. "That’s not a Woodstock."