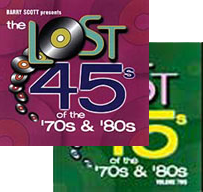 R. B. Greaves, an R&B singer whose 1969 hit "Take a Letter, Maria" reached No. 2 on the Billboard pop chart, died on Thursday in Los Angeles. He was 68. Mr. Greaves was a nephew of the gospel and soul singer Sam Cooke, who was shot and killed by a Los Angeles motel manager in 1964. Mr. Greaves’s 1970 version of Burt Bacharach and Hal David’s “Always Something There to […]

Aretha Franklin 'would love to be a judge' on a talent show like The X Factor. The musical legend has been impressed by some of the contestants when she tunes into popular singing competitions on TV. However, she was dismayed that she hasn't been offered a seat on the panel of any of the programmes. Aretha was surprised that iconic stars such as herself and other greats aren't being considered […]

Earl Scruggs, who as a child developed the distinctive picking style that forever changed banjo playing, and whose association with Lester Flatt cemented bluegrass music's place in popular culture, died Wednesday of natural causes at a Nashville hospital. He was 88. For many of a certain age, Scruggs' banjo was part of the soundtrack of an era on "The Ballad of Jed Clampett" -- the theme song from the CBS […]

Officials in the resort city of Branson, Missouri, were relieved an EF2 tornado, which damaged some of its marquee musical theaters, struck before the prime tourist season began. They said Wednesday the town was still open for business, although tourists might have to change entertainment plans. "We are getting through it," Mayor Raeanne Presley said of the storm that moved through overnight Tuesday.

Country music legend Loretta Lynn has been hospitalized with pneumonia, according to the Ashland, Kentucky, theater where she was scheduled to perform Saturday night. The Paramount Arts Center posted information about the postponement on its website. A statement posted on the 76-year-old singer's website confirmed the cancellation, citing Lynn's illness. She was released and at home as of October 29th.

A trio following the 2005 departure of Michael Steele, the Bangles grace the Billboard 200 for the first time since 1990, as "Sweetheart of the Sun," their first studio album since 2003, makes the chart! Susanna Hoffs and sisters Vicki & Debbie Peterson are the Bangles!

Good news for fans of singer-songwriter Jesse Winchester, who canceled his remaining 2011 tour dates after revealing this summer that he had been diagnosed with esophageal cancer. The critically acclaimed musician has successfully undergone treatment and has been declared cancer-free, according to a post from his wife, Cindy. Jesse reached the Top 40 with "Say What?"

Tony Bennett, a 14-time Grammy Award winner, had made history as the oldest living artist to hit No. 1! Tony's 85th birthday was last month, but the legendary crooner got a major belated gift this week when his album "Duets II" took the top spot on the Billboard 200 chart. He has also made the Hot 100, besting George Burns as most senior artist ever to hit there as well!