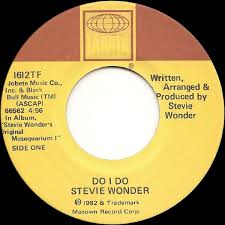 Stevie Wonder married his longtime girlfriend, Tomeeka Bracy, over the weekend at the Hotel Bel-Air in Los Angeles but the public didn’t know until today.
That would normally be an almost impossible feat to pull off but there was a very good reason why word of the wedding and photos weren’t being posted on social media before the couple even said “I Do”. Every guest, including family members, had to sign a confidentiality agreement that included a penalty of $1 million if they talked to the press.
Nonetheless, a few details have leaked out. The wedding had 160 guests including some big names from the music business who performed including John Legend (Overjoyed), Babyface (Whip Appeal), Pharrell and Usher. Wonder also took the stage to serenade his new wife.
Reportedly, the best man and bridesmaids were made up of some of Wonder’s nine children.
Wonder, 67, and Bracy, 42, have been together for five years and have two children together. He was previously married to Syreeta Wright from 1970 to 1972 and Kai Millard from 2001 to 2012.

Country icon Kenny Rogers will reunite onstage with Dolly Parton for one final performance at a star-studded farewell concert in Nashville, Tennessee later this year. Kenny retired from international touring a few years ago and in 2016 he announced he will be wrapping up his live shows for good after one more trek. Kenny has now set October 25th as his official retirement date, and he will gather with his country peers to go out with a bang at the […]