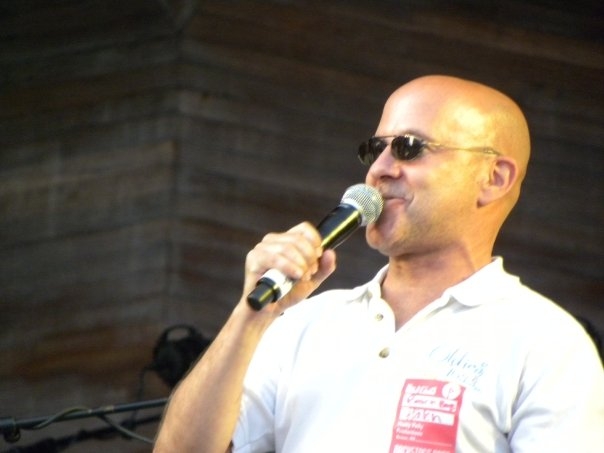 Barry’s radio career started at age 5 in his bedroom, announcing records, news and weather. He often laments the existence of a cassette tape of one such show, secretly recorded by his father. Barry’s Middle School music teacher encouraged him to attempt a broadcasting career.

“The Lost 45s” began at Emerson College in 1981. The annual Top 100 Countdown began there, earning him local and national press attention. After graduation, the show was picked up by a commercial station and has received #1 ratings at 8 Boston radio outlets. The Boston Herald stated that “The Lost 45s” was the most successful specialty show in the city’s history!

The daily and weekly programs have been in national syndication since 1993, heard in over 60 markets. You can also listen to weekly online shows. Hear this week’s show Promo.

“The Lost 45s” is home to America’s Largest Classic Hits Music & Interview Library with Barry Scott as curator of charted records that no longer receive adequate airplay. Scott’s desire is to keep these songs and performers alive in an era of tight playlists. Don’t let the 1% of hits dominate all others. “The Lost 45s” has America’s largest library of over 1,000 EXCLUSIVE recording artist interviews!

Scott’s first book, “We Had Joy, We Had Fun,” published by Faber & Faber, became an international bestseller. In addition his CD series: “Barry Scott Presents ‘The Lost 45s’ of the 70s and 80s” has been a huge success. “The Lost 45s” has been recognized by many national publications, including Billboard, Radio and Records, Rolling Stone, Spin and the New York Daily News. Barry Scott has appeared on VH-1’s “Behind The Music,” CNN, “Good Morning America,” “Entertainment Tonight” and Howard Stern. He is recognized nationally as one of the foremost authorities on pop music. Scott’s library also contains over 100 hours of TV, movie and news clips.

Barry Scott raised over a million dollars to fight AIDS, co-creating the “Aim for The Heart” Radiothon and a series of concerts starring KC & The Sunshine Band, Captain & Tennille, The Cowsills, David Cassidy and the Bay City Rollers. Barry also hosted a dance show for many years.

Leave a message for Barry Scott anytime by e-mail.

Hear about “The Lost 45s” from the artists themselves: