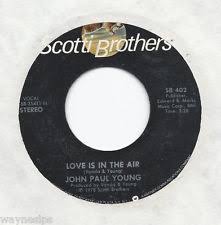 George Young, songwriter-guitarist for the Easybeats, Flash & the Pan and producer for AC/DC, died October 22, 2017, at the age of 70, according to multiple news sources. He was the older brother of Malcolm and Agnus Young of AC/DC.
They paid tribute to their brother on their Facebook account:
“It is with pain in our heart that we have to announce the passing of our beloved brother and mentor George Young. Without his help and guidance there would not have been an AC/DC. As a musician, songwriter, producer, advisor and much, much more, you could not ask for a more dedicated and professional man. As a brother, you could not ask for a finer brother. For all he did and gave to us throughout his life, we will always remember him with gratitude and hold him close to our hearts.”
No location or cause of death were reported.
Born in Scotland, he moved with his family to Australia as a teenager and became a citizen of Australia. Young was the rhythm guitarist and one of the principal songwriters for Australian rock band, the Easybeats. The band is legendary in Australia, rivaling the popularity of the Beatles in their home country in the 1960s.
The Easybeats became the first Australian rock band to have an international hit song. “Friday on My Mind” was co-written by Young with fellow band member Harry Vanda. The song was number 1 in Australia, number 6 in the UK, and made it to number 16 on the Billboard Hot 100.
After the Easybeats broke up, Young and Vanda continued their songwriting partnership. They wrote the hit song “Love Is in the Air” for John Paul Young. The song was a top ten hit in Australia, England, and the United States in 1978.
When Young’s brothers Malcolm and Agnus formed AC/DC in 1973, he and Harry Vanda became the producers for the band. They produced the first five AC/DC albums including classics “High Voltage” and “Let There Be Rock.” Young came back in 2000 to co-produce the AC/DC album “Stiff Upper Lip.”
Young and Vanda teamed up to record their own music in the 1970s as Flash and the Pan. They had an international hit song in called “Hey, St. Peter.”
Young was inducted with Vanda into the Australian Recording Industry Association Hall of Fame in 1988.

The legendary New Orleans singer and pianist Fats Domino, known for hits like "Blueberry Hill" and "Ain't It A Shame" has died. He was 89. Domino, whose real name is Antoine Domino Jr., died surrounded by his family. The iconic artist was born and raised in New Orleans and first broke out into the city's rock and roll scene in the late 1940's after joining the band The Solid Senders. His first record "The Fat Man" garnered him national attention […]