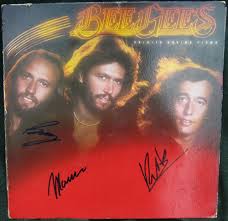 Beatles legend Ringo Starr and the Bee Gees’ Barry Gibb have been awarded knighthoods in Queen Elizabeth it’s New Year’s Honors List.
Ringo was recently reported to be among those set to receive top honors in 2018, and on Friday, the news was confirmed.
The rocker, who became a Member of the Most Excellent Order of the British Empire (MBE) in 1965, joins his old band mate Paul McCartney in being recognized with a knighthood, albeit 20 years after the star was celebrated as a ‘Sir’.
Reacting to the official announcement, Ringo shared in a statement, “It’s great! It’s an honor and a pleasure to be considered and acknowledged for my music and my charity work, both of which I love.”
Gibb, the last surviving member of the Bee Gees, was equally as thrilled with the award, insisting he was “deeply honored, humbled and very proud” to be selected for the title for his contributions to the arts.
“This is a moment in life to be treasured and never forgotten,” he said, as he remembered his late band mates and siblings Robin Gibb and Maurice Gibb. “I want to acknowledge how responsible my brothers are for this honor. It is as much theirs as it is mine.”
Meanwhile, retired ballet icon Darcey Bussell has been made a dame, Soft Cell singer Marc Almond has been named the recipient of an Officer of the Most Excellent Order of the British Empire (OBE) medal, and rapper Wiley has been chosen to pick up an MBE.

Paul McCartney ‘One on One’ tour was the highest grossing tour of 2017 with the tour earning over $132 million this year. McCartney played 37 concerts between April and December 2017 to 907,610 fans averaging $US145 a ticket. All shows in Australia and New Zealand were complete sell-outs. According to Billboard, It is estimated that over the past two years McCartney has sold 1.8 million tickets and earned over $240 million. McCartney has no dates scheduled so far for 2018.