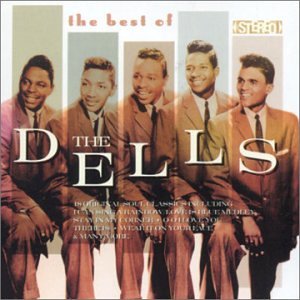 Hear Chuck Barksdale say hello on “The Lost 45s!”
BILLBOARD MAGAZINE: Charles “Chuck” Barksdale, bass singer for the popular doo-wop group The Dells, died on Wednesday (May 15) at the age of 84 in a south suburb of Chicago, according to reports. He had reportedly been in failing health.
Word of Barksdale’s death began spreading Wednesday. “We lost a giant today, rest in paradise to Mr. Chuck Barksdale,” wrote actor-director Robert Townsend, who inducted the group into the Rock & Roll Hall of Fame in 2004, on his Facebook page. Townsend went on to note the group’s role as technical advhttps://www.lost45.com/wp-admin/upload.phpisors on his 1991 film The Five Hearbeats, during which time, he wrote, “Chuck shared with me so honestly, the good, the bad and the ugly of the music business.” The fictional group in the film, Townsend has said, was based on The Dells.
During his more than 50 years with the group, Barksdale racked up an impressive number of hits over several decades with his bandmates, including the chart smash “Oh, What a Nite” (re-recorded as “Oh, What a Night” in 1969), “Stay in My Corner,” “Always Together,” “There Is” and “Give Your Baby a Standing Ovation.” In 1991, they enjoyed a No. 13 R&B chart hit with “A Heart Is a House for Love,” a song the group recorded for the Five Heartbeats soundtrack.
Barksdale had been active as a singer at least since high school, when he formed a group called The El-Rays with fellow students at Thornton Township High School in Harvey, Illinois, a suburb of Chicago. Under a slightly different lineup, the group ultimately became The Dells (sometimes known as The Mighty Dells) and signed with Chicago label Vee-Jay Records and, later, Chess Records. They eventually toured with the likes of Dinah Washington and Ray Charles.
“All the 1970s bass singers learned a lot from Charles Barksdale,” said Marshall Thompson of The Chi-Lites in an interview with the Chicago Sun-Times announcing Barksdale’s death. “We learned how to sing under them.”
The original lineup of The Dells consisted of five members: Barksdale, Mickey McGill, Verne Allison, Marvin Junior and Johnny Funches, the latter of whom was replaced by Johnny Carter in the early 1960s. Following a 1958 car crash that resulted in serious injuries to some of the group members, The Dells temporarily disbanded, and Barksdale briefly joined R&B group The Moonglows featuring future superstar Marvin Gaye. Upon re-forming, they stayed together for another five decades.
On the eve of their Rock And Roll Hall of Fame induction, Barksdale joked in a Rolling Stone interview, “It’s taken us fifty years to become an overnight success.”
In addition to their Rock & Roll Hall of Fame honors, The Dells were inducted into the Vocal Group Hall of Fame in 2004. The organization’s website states that they were “the Grandfathers of R&B harmony” who “paved the road for such groups as the Temptations, the Miracles, the Stylistics and more recently, R&B harmony groups such as Boyz ll Men, Jagged Edge and 112.”
Barksdale is survived by brothers Henry and Joe, wife Barbara, daughter Rashonda, son Charles Jr., grandchildren and great-grandchildren.

Hear Barry Manilow say hello on "The Lost 45s!" Barry Manilow believes coming out at the height of his fame in the 1970s would have led to the end of his career. The 75-year-old opened up about his sexuality for the first time during an interview for People magazine back in 2017 - 44 years into his five-decade strong career. And speaking about why he waited to come out during an interview with Britain's Daily Mirror newspaper, the star […]