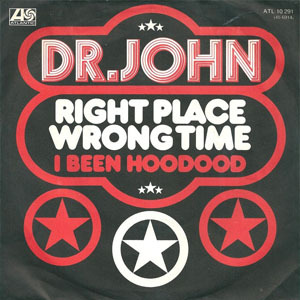 (CNN) Dr. John, a member of the Rock & Roll Hall of Fame and a six-time Grammy winner, died Thursday morning from a heart attack, said publicist and social media manager Karen Beninato.
Dr. John, whose real name was Malcolm John Rebennack Jr, was 77.
Beninato’s post on Dr. John’s Facebook page said memorial arrangements will be announced.
Dr. John “created a unique blend of music which carried his home town, New Orleans, at its heart, as it was always in his heart,” she wrote.
According to the Grammy website, Dr. John began his musical career working as a songwriter and guitarist in the 1950s. He later played keyboards for Aretha Franklin, the Rolling Stones and Van Morrison.
He told Smithsonian.com in 2009, that in 1960, or so, he got shot in a finger when he went to defend a bandmate who was being pistol-whipped.
“Ronnie was just a kid and his mother had told me ‘You better look out for my son,’ ” he told the website. “Oh god, that was all I was thinking about. I tried to stop the guy, I had my hand over the barrel and he shot.”
He switched to piano after that.
In the late 1960s, he became “Dr. John, the Nite Tripper” when he went solo.
His song “Right Place Wrong Time” peaked at No. 9 on the Billboard chart in 1973.
The blues, rock and jazz musician won his most recent Grammy in 2012 for the best blues album, “Locked Down.”
Former Beatles drummer Ringo Starr tweeted: “God bless, Dr. John. Peace and love to all his family. I love the doctor peace and love.”
Guitarist Kenny Wayne Shepherd wrote on Instagram: Just heard a Louisiana legend has passed. Dr John was a friend and an inspiration to me. I’ve never met another man quite like him. When a person so unique leaves us, it creates a void that will never be filled.”
Guitarist Joe Bonamassa tweeted: “Man this really hurts … One of the greatest of all time and a real genius and gentleman.”

(CNN) Someday we'll find it, the "Rainbow Connection," back in theaters. Actually, that someday is July 25 and 30. In honor of the 40th anniversary of "The Muppet Movie" the beloved film is returning to 700 movie theaters across the country for two days only. The 1979 film marked the big screen debut of Kermit the Frog, Miss Piggy, Fozzie Bear, Gonzo and the rest of the stars from television's "The Muppet Show." Some human celebs came along for the […]