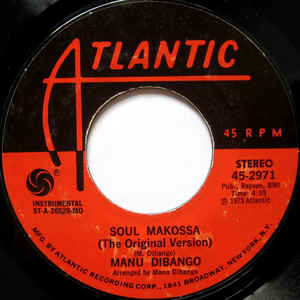 Manu Dibango, Soulful Ambassador of African Music, Dies at 86
His 1972 hit “Soul Makossa” arrived at the dawn of the disco era and made its way to dance floors across the United States, Europe and Africa.
Jazz great Manu Dibango, best known for his 1972 hit “Soul Makossa,” has died from complications of the coronavirus, according to a statement on his official Facebook page.
“It is with deep sadness that we announce the loss of Manu Dibango, our Papy Groove, who passed away on 24th of March 2020, at 86 years old, further to covid 19,” it said.
“His funeral service will be held in strict privacy, and a tribute to his memory will be organized when possible,” the message added.
The Cameroon-born singer and saxophonist died in a hospital near Paris, according to his music publisher Thierry Durepaire, Agence France-Presse reported.
The artist, who inspired “world music” in the 1970s, was one of the pioneers of Afro jazz and also fused funk with traditional music from Cameroon.
His biggest hit was the B-side of a song to support the Cameroon soccer team in the African Cup of Nations but was picked up by New York DJs.
Michael Jackson’s “Wanna Be Startin’ Somethin'” used the “Mama-say, mama-sa, ma-ma-ko-ssa” hook without his permission. According to Dibango, the line is from his 1972 single “Soul Makossa.” Agence France-Presse reported that Jackson admitted that he borrowed the line and settled out of court.

(CNN) Jackson Browne wants everyone to do what he did, whether they feel healthy or not. The 71-year-old singer has revealed to Rolling Stone that he recently tested positive for the coronavirus. He told the publication he self-quarantined as soon as he began to feel sick and he stresses that with so many probably not being tested, being away from others is important - especially since people can be carriers and asymptomatic. "They don't have symptoms, but they might have […]