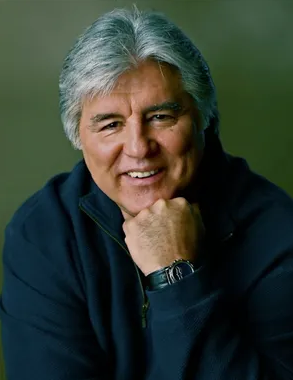 Jim Weatherly, a former star quarterback at the University of Mississippi who moved to Nashville and authored megahits such as “Midnight Train to Georgia” in a prolific career as a singer-songwriter, died at his home Wednesday. He was 77.

A cause of death was not immediately available.

Born March 17, 1943, in Pontotoc, Mississippi, Weatherly began writing songs as a teenager and was in a band while attending Ole Miss.

After graduating, he pursued a career in music over football and experienced great success.

He wrote some of Gladys Knight & the Pips’ greatest hits, including “Neither One of Us Wants to be the First to Say Goodbye,” “Midnight Train to Georgia” and “Best Thing that ever Happened to Me.”  His solo hit, “The Need to Be” also peaked at #11.

In 2003, “Midnight Train to Georgia” was named one of the top 500 songs of all time by Rolling Stone magazine.

Weatherly was a member of the Nashville Songwriters Hall of Fame and ASCAP’s Country Songwriter of the Year in 1974.

source: music-news.com Roger Taylor still has his Freddie Mercury statue in his garden. The Queen drummer nabbed the memorial to his late bandmate - who was the frontman of the iconic rock band - for the grounds of his sprawling Guildford pad in Puttenham in Surrey, England, after it was removed from outside the Dominion Theatre at Tottenham Court Road in London, where The Queen musical 'We Will Rock You’ […]