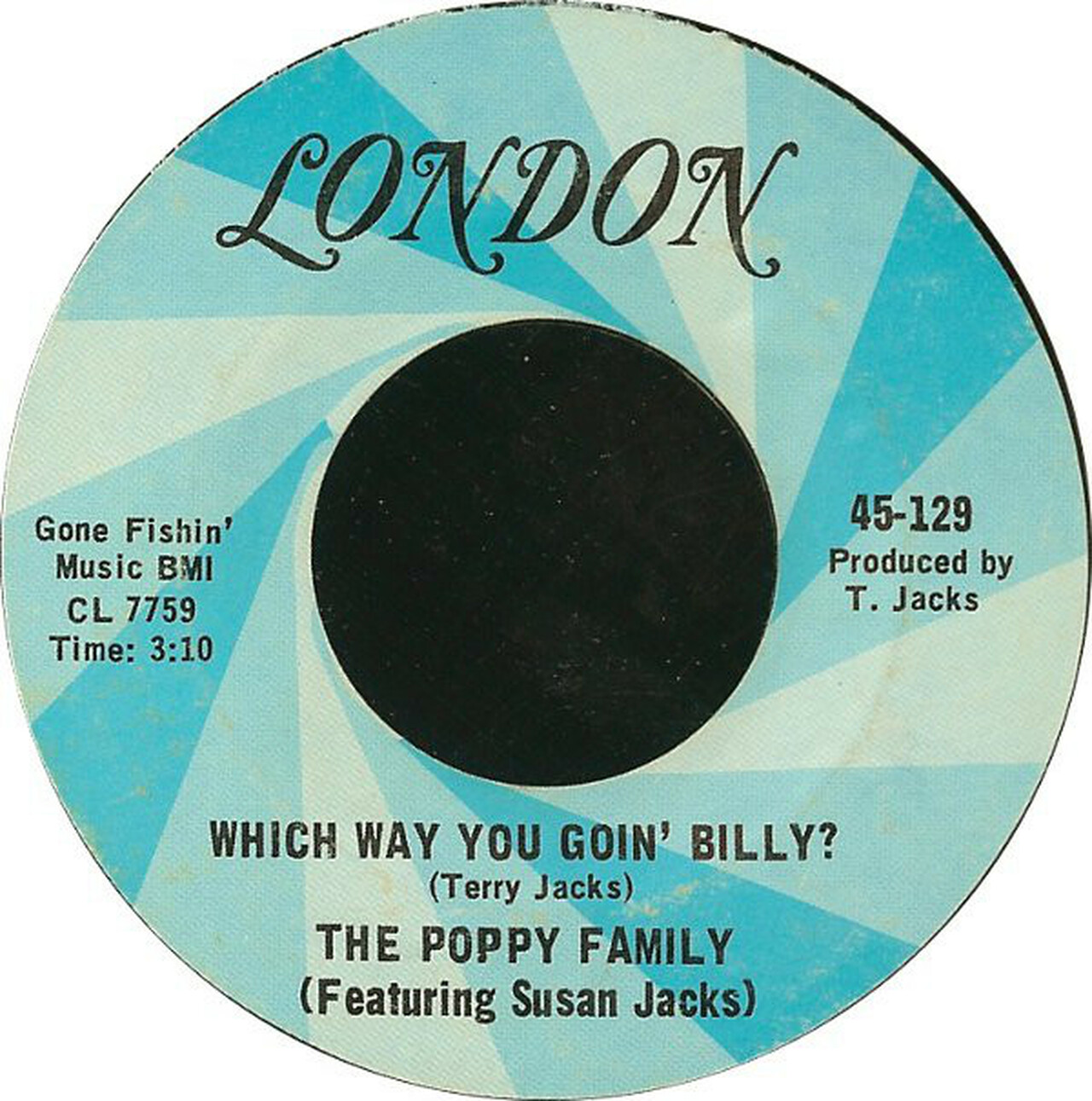 Hear Susan Jacks say hello on “The Lost 45s” at our interview page!

Canadian singer Susan Jacks, who with her husband formed the Poppy Family and had a million selling hit with “Which Way You Goin’ Billy”, died on April 25, 2022, of kidney disease. She was 73.

Susan was a renowned country music singer who began her career in music during her teenage years. Susan was a singer, songwriter, record producer, and environmentalist who was a guest on “The Lost 45s” numerous times.

Susan Jacks passed away at age 73 after facing kidney problems. Susan had been suffering from the illness for years.

She has a brother named Bill (who inspired the name in their big hit), who provided his kidney to Susan. She had a kidney transplant in 2009.

On Facebook, DJ and broadcaster Red Robinson said Jacks “lit up our lives at an early age with her CBC-TV ‘Let’s Go’ appearances, then her career with The Poppy Family and solo success. She’ll be missed by many.”

Susan Jacks married Terry Jacks (later of “Seasons in the Sun” fame) in 1967 and got divorced in 1973. Her husband, Terry, is also a Canadian singer and was a founding member of the Poppy Family. Susan was 18 years old when she first met Terry in 1966. Besides “Billy” they had hits with “That’s Where I Went Wrong” and “Where Evil Grows.” Susan later went solo and released numerous albums in the 70s and 80s.

Of her passing, Terry Jacks wrote, “I am saddened by the passing of Susan Jacks. She had a kind heart and sang my songs beautifully. I know she will live on Beyond The Clouds.”

Later, she married Ted Dushinski, and the pair had one child named Thad. They tied the knot in 1980.

In 2016, Susan was hospitalized due to a kidney issue. However, her quick recovery from the illness made her return to the stage in 2018. After that, she released her pending album.

Talking about her career, Susan has appeared in various national television programs and has performed as a live performer in the British Columbia and Alberta regions.

Source: music-news.com Sir Elton John is said to be working on new music amid his final tour. The 75-year-old music icon is currently completing his 'Farewell Yellow Brick Road' jaunt, and just months after he collaborated with the likes of Stevie Wonder, Dua Lipa, Olly Alexander and Charlie Puth on 'The Lockdown Sessions' LP, it's been claimed the 'Bennie and the Jets' hitmaker is already onto his next project. A […]