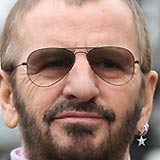 Sir Ringo Starr is set to release a new EP.

The Beatles drummer, 82, has unveiled the four-track mini album, ‘EP3’, and vowed to “continue” to drop music in the format as he’s penning tunes “every chance I get”.

In a statement, he said: “I am in my studio writing and recording every chance I get.

“It’s what I have always done and will continue to do, and releasing EPs more frequently allows me to continue to be creative and give each song a little more love.”

Ringo has previewed the collection with the track ‘World Go Round’, which is out now.

‘EP3’ – which Ringo recorded at his Roccabella West home studio in Los Angeles – is released digitally on September 16, with a number of physical copies available from November 18.

It follows September’s ‘Change the World’ and March 2021’s star-studded ‘Zoom In’.

Next month will see Ringo and his All-Star Band play their postponed remaining dates of his North American summer tour, which were delayed due to two positive COVID-19 tests within his backing group.

The ‘Octopus’s Garden’ singer was forced to reschedule a number of shows after keyboard player Edgar Winter and guitarist Steve Lukather both caught coronavirus.

In a statement on his website, Ringo said in June: “We are so sorry to let the fans down.

“It’s been wonderful to be back out on the road and we have been having such a great time playing for you all. But as we all know, [COVID-19] is still here and despite being careful these things happen.”

He concluded: “I want to thank the fans for their patience.

I send you all peace and love, and we can’t wait to be back in the Fall.”

Edgar had already missed out on three shows due to the virus.

Ringo’s statement came hours before they were due to play Easton, Pennsylvania.

Source: music-news.com Dave Stewart says performing with Annie Lennox is “a rollercoaster”. The Eurythmics star attributes this feeling to the “emotional connection” he shares with his 67-year-old ex-girlfriend and bandmate. The 68-year-old musician told the Metro’s Sixty Second featurette: “It’s a rollercoaster because of the emotional connection between Annie and myself. People cry at some songs and it’s an exhausting emotional experience for Annie singing too. A lot of the […]