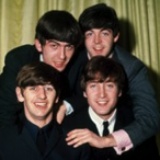 The CBS special "The Beatles: The Night That Changed America" has received six nomination for the 2014 Emmy Awards. The special aired on February 9, fifty years to the day after the Beatles made their debut on the Ed Sullivan show, and saluted the impact that broadcast had on music and popular culture. A number of artists took the stage for the concert performing songs from the Beatles' catalog.

The program is nominated for: