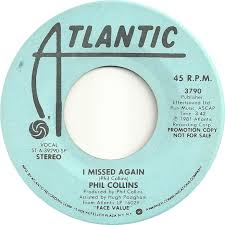 Phil Collins has been rushed to hospital after falling over and banging his head on Wednesday.

The singer slipped over in his London hotel room when he woke up to go to the bathroom in the middle of the night and hit his head on a chair and he was subsequently rushed to hospital, where he was given stitches.

"Phil suffers from 'drop foot' as a result of a back operation which makes it difficult to walk," his spokesman told The Sun. "He rose in the middle of the night to go to the toilet and slipped in his hotel room, hitting his head in the fall on a chair.

"He was taken to hospital where he had stitches for a severe gash on his head close to his eye and is recovering well. He will be kept under observation for 24 hours."

As a consequence, he has been forced to postpone his concerts on Thursday and Friday night at London's Royal Albert Hall which formed part of a five-night residency.

"Phil sends his sincere apologies and thanks to fans. He has had a fantastic week at his first shows in 10 years, cannot thank people enough for their warm reaction and is excited to return," the statement continued.

The Not Dead Yet tour, his first time performing in 10 years, also includes five nights in Paris, France and five nights in Cologne, Germany before concluding at the British Summer Time Festival in London's Hyde Park at the end of June.

The 66-year-old remained seated during his opening concert on Sunday and came onstage with a walking stick. He was joined by his 16-year-old son Nic, who has replaced his father on the drums. Phil was left unable to play them years ago due to nerve damage.